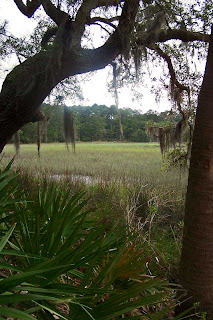 That pretty much sums up our trip to Savannah last weekend. It literally has taken until today for me to truly get my strength back. If I had a show this weekend I don't think I could physically attempt it so a few days off came at the right time.

All in all the Memorial Day Weekend show was a success. However up until Sunday I had some serious doubts and it was the same way for many of the other artists. Most of of us chalk it up to the brutal heat that settled into the area Friday & Saturday. At one point Saturday afternoon Joan called me to tell me the heat index had hit 100 degrees. I believed her.

And when you're on the Atlantic coast with that much heat and plenty of moisture in the air you can almost guarantee a severe afternoon thunderstorm. Ours hit right about the time the dinner crowd had begun shopping. So I closed up the booth Saturday with only $95 to show for a 14-hour work day on Friday and a 12-hour work day on Saturday. To say I was in a worrisome foul mood that evening would be an understatement.

Adding to our discomfort were the chigger bites we all had collected. Other than Ben I think we each had at least 10 blisters. We also encountered the first ticks of the season, thankfully crawling about our gear and not attached to our skin.

Also thankfully the Sunday shoppers were very kind and came searching for artistic treasures. It was not my best show down there but I'm certainly appreciating that it wasn't bad. Plus I must admit that the Bloody Marys my friend Christy Buchanan doled out were a hit. Not only will she be featured in Southern Living next year but she just might have a talent for bar tending. Just for the record, a Savannah Bloody Mary is not complete without pickled okra.

Even with Sunday's success my best day took place a week ago today. Joan had to attend a meeting in Brunswick, GA which is about an hour and a half south of where we were staying. I had the kids to myself for most of the day and it was almost perfect. Had Joan been able to hang out with us it would've been. That is when our little friend Rocky came out to visit.

Late that afternoon Jessie and I hiked one of the island trails out to the marsh. Those couple of hours will always be a favorite memory of mine. Those too-short moments in time made me realize that our family is fast approaching some new life changes. I will blog about that tomorrow. In the mean time here are a couple of pics from our hike and some of my friends living in the Savannah area. 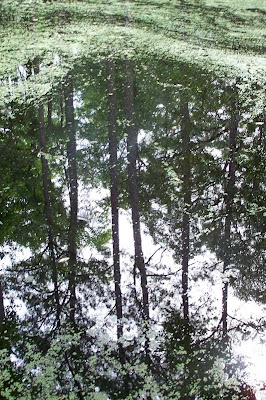 See if you can figure this one out. 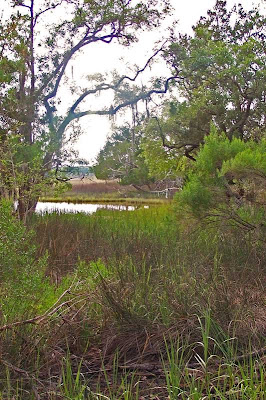 A "blow down" near the marsh on Skidaway Island. 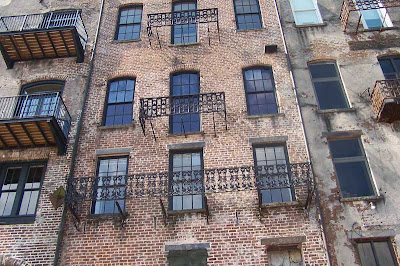 Some of the Savannah architecture. 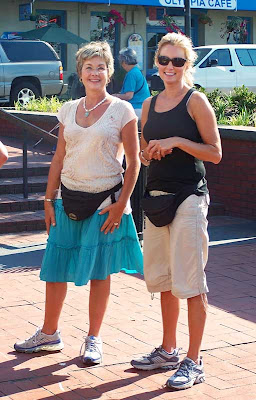 Photographer Debbi Zepp and glass artist Terry Stasco pose for a quick photo. Terry and I were holding the front legs of our canopies together while watching the funnel cloud form the first weekend of April. 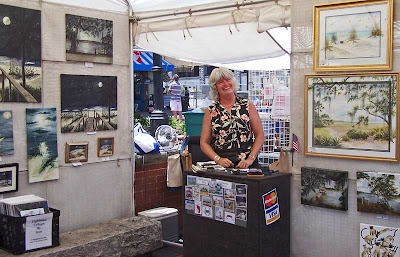 Another wonderful painter and dear friend is Gayle Bolton. She, Debbi, and I had a great time at the bar across River Street while the storm passed on Saturday.

Glad to hear you had a good time.
Sometimes it's best to wait these things out....they usually turn themselves around.
Hope you're rested by now.

p.s.
i love the picture of the building.

Funny thing...I was thinking about you when I took that. Seriously. I was thinking Kim would love to be taking snapshots of these.

I'm so glad it turned out well and you got some good time with your girl.