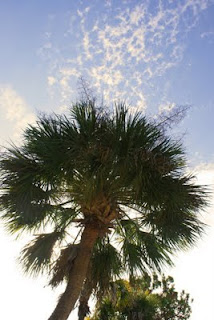 Most likely only a few of you will understand what the title means and I will get to that in just a moment. Since many of you continue to inquire about Ben I'm happy to report that he finally had a fairly good day. He attended school and even participated in his therapy sessions. For the time being Motrin and Advil are our dear friends.

As with most ailments and problems associated with with our son, inevitably they boil down to a process of elimination. Since there are no noticeable breaks, fractures, or internal structural damage the theory now points to inflammation due to either his fall or the expected growth of his hip joints in an abnormal fashion.

Regardless this situation can actually turn into something very positive for Ben's quality of life. We know already that within the next few years he will have corrective surgery to eliminate the "windswept" look of his hip and pelvic region. Our sign to start preparing for this is when Ben shows increased pain or no tolerance for repositioning him in an effort to achieve a more comfortable sitting posture. The expectation was that this would occur in his early to mid teens; not when he was ten and currently not the Year of the Swine! So there are still plenty of worries for us.

Now you may have noticed that this happens to be the fourth day in a row that I've posted a blog entry. Considering that I've probably averaged one and a half posts a week in recent months dear reader may wonder what's going on. November has traditionally been National Blog Posting Month (hence the clever acronym in the title). I've always wanted to participate but felt a little too challenged to come up with a post for thirty straight days. Plus in recent years I've continued my show season well into the month of November which made the chances of achieving that goal improbable. Well it just happens that I will conclude my show season this weekend giving me roughly two or three entries to prepare ahead of time or finding a guest blogger willing to pinch hit for me in the next few days.

There is an actual website about this challenge but as of the moment I still haven't been given access and most likely won't be able to add A Work of Art to their blogroll. It honestly doesn't matter. The bottom line is that this is a personal challenge - not unlike someone taking up running or biking to participate in a race. Unless you are a professional there is no winner. Achieving a "personal best" is the victory.

So with that explanation I hope you'll visit often this month. My plan is to provide some interesting stories from this past art festival season, informative memories about Ben & Jessie, preparations for art shows in 2010, and the ever changing always unpredictable happenings surrounding Ben's family.

PS: If you are also participating in NaBloPoMo then let me know. Through out the month of November I will have a list of blog friends that accept the challenge so you can quickly check their link!

Down to Earth Mama

I'm out this year. Just can't squeeze it in this year!

I figured knowing how busy you are.