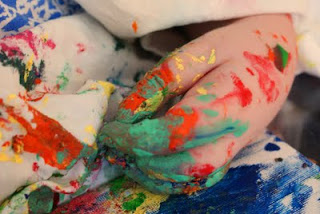 Ben had a dear friend come to visit today. Nurse Stacey hasn't been able to work too many hours with Ben recently but today was a day we'd been looking forward to since she was scheduled to take care of him. Stacey has been the only nurse to facilitate his desire to paint since Vickie took a new job.

On top of that another nurse (Tracy) came to orient (learn about Ben) so that she can possibly be a part of Ben's care giving team. Nothing can be more fun than to show off one's artistic abilities! He's obviously feeling much better because it showed in the return to his flirtatious jovial talkative personality.

Given that my last show of the year is this weekend, I have a full plate of "Ben paintings" waiting for me in the studio upon my return...including this newest one. Check back with us often as I complete some of Ben's masterpieces! 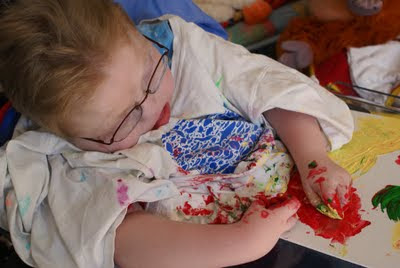 Working with his favorite color. Notice his head leaning toward the right. We suspect this is intentional posturing to use the right side of his brain - the creative side. 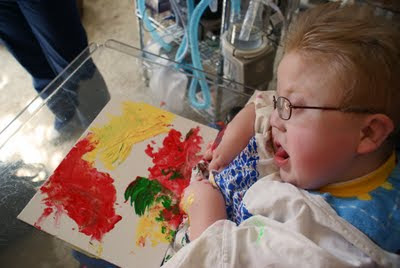 When Ben is painting he will pause for awhile, lean his head to the right, and think about the next few hand strokes he will be making. Once the decision has been made he begins talking almost incessantly pausing to laugh every once in awhile. 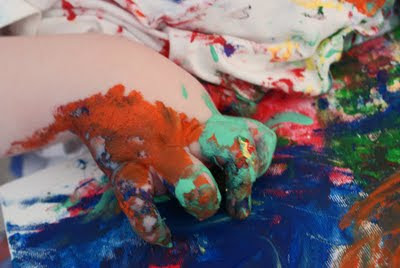 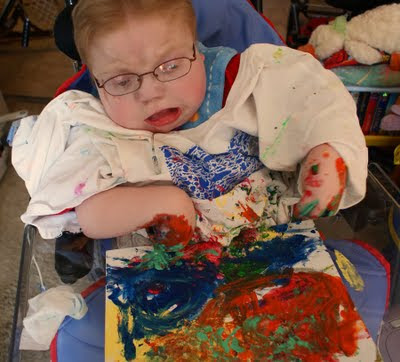 Once again he becomes very animated. It was interesting to note that he put his hands toward his face only once today. If you recall in past creative sessions Ben would often put his paint-caked fingers in his mouth while he thought. This is an obvious sign (at least to us) that our son's cognitive abilities are continuing to expand.

Down to Earth Mama

Galleries: Art by Ben and Bennie, NaBloPoMo, Posts by Dad, The Boys at Work