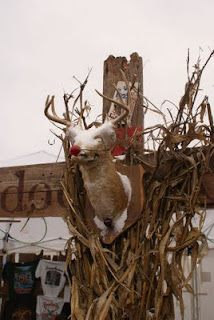 For the record that deer stag was not sporting a red nose on Saturday. It suddenly appeared early Sunday morning and he was not smiling. Rudolph pretty much sums up the feelings of the vendors participating in the 32nd Woolly Worm Festival.

This is the fifth year I've been doing outdoor art festivals and ultimately this season it seems I'm making up for all the weather situations I hear other artists tell me about. This year has definitely been the Year of Packing Up in the Rain. And to the growing list of bad weather weekends I can now add one selling art in the snow.

So as I finalize preparations for the Bluffton (SC) Seafood Festival near Hilton Head where temperatures are expected to reach 80 this weekend I'll share some shivering memories from Banner Elk. 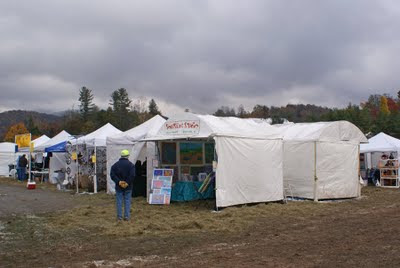 Note all of the hay surrounding my booth. The two truck loads of hay bales went a long way toward drying up the park we were in. 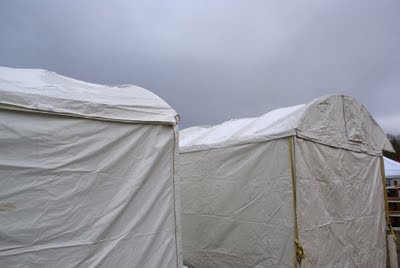 By clicking the image you can get a closer look at the snow still left on mine and Charlie Smith's canopies. 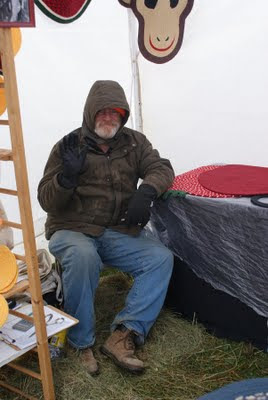 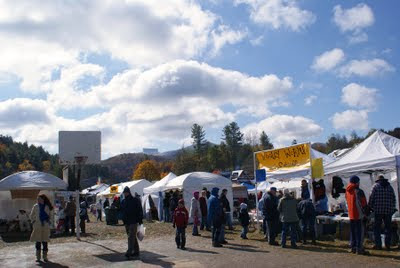 And then the sun came out encouraging some very crazy folks to come out and race woolly worms. 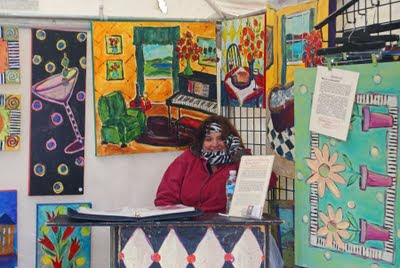 Christy Buchanan is glad she stopped at Wal-Mart for those spiffy Zebra-striped gloves and scarf. 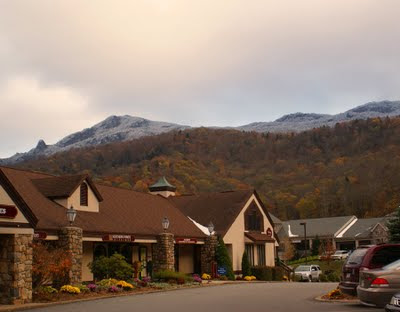 The eerie view of the fall foliage at peak color while Grandfather Mountain is covered in snow.

beautiful place you were at!
jamie applied for jobs in NC this past week....I pray we move somewhere where the temps. are 80 degrees in october!

It looks lovely. I'm jealous of the fall leaves AND the snow...we get neither!