Recommended: It Ain't Easy Being Me 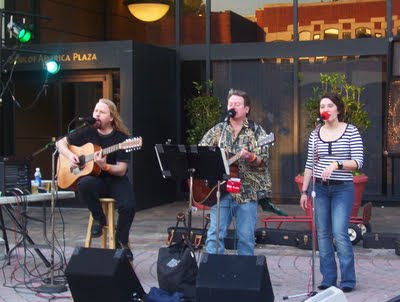 Today I was reminded of a song written and performed by Chris Knight. If there is some kind of soundtrack to my life then this would be the title track. All songwriters (and I still imagine myself as one), poets, writers, novelists, etc. will tell you there is at piece they'd wished they'd penned because it cleverly says something so incredibly well about themselves.

Up until the time I struck out into the world as a full-time acrylic painter I was a part of a local acoustic trio with friends Mike Merck and Andrea Christopher-Snipes. Playing about four years of two gigs a month together led to a pretty nice collection of songs we could perform. Even then it eventually would become somewhat of a drag to sing the old songs night after night...accept this one. For some reason "It Ain't Easy Being Me" struck a common thread between us as I am certain it will for many of you.

By the way, I never saw the video until long after Deep Fried south went on permanent hiatus. The filming at a demolition derby? Perfect!

Inspiration for this post came about through the discovery of a friend's songwriting talent! Be sure to check out Jennifer Harvey's blog as well.