The One Where He Sort of Rambles 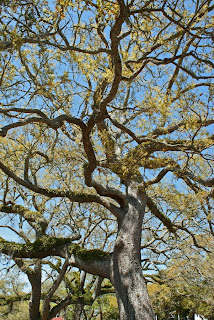 I do know that I have a few more remaining thoughts about this past weekend and some introductions to make. Those will come very soon. However I feel rather melancholy today. As we all know that frequently happens once we come down from the high of a fun or joyful experience. I guess it's also in the nature of what I do for a living.

It's difficult to explain how we artists and crafters can really feed off the energy of a terrific show. There is nothing like being surrounded by like-minded individuals who have common interests, even common personalities. Plus there is that part where for three or four days I'm completely distracted from the situation at home - the problems we're still facing and will continue to face for the next several months and most likely in the coming years.

Joan caught a very nasty flu-like virus at the end of last week. I knew it was coming too. The stress of her job coupled with our personal issues finally provided the knock-out punch. Unfortunately the virus got passed on to Ben. Although he's been very sick with the same high temperature, body aches, and congestion as my wife it is very good to see how much stronger he is these days. There's no doubt that two or three years ago something like this would've easily put him in the hospital.

Joan and I haven't really talked about the meltdown that occurred a few weeks back very much even though the reality is still front and center. Some of my friends are still just discovering how difficult the situation in which we find ourselves. The two of us I think are managing our emotions quite well. The marriage part may be in shambles but the friendship remains very much in tact. We both agree that whatever the future holds for as a couple our children's well-being comes first and foremost.

My respite is that I have shows four of the next five weekends and I travel for three of those. I can immerse myself in my work and visit with those artist friends I mentioned earlier. Joan? Not so lucky. Work will continue to loom over her like a vulture perched on her shoulder. I'd really love for her to be able to do what she once did when we were having marital issues. Joan took off for the beach for a long weekend by herself. I think that short little personal vacation ultimately saved our marriage; it would certainly give her a chance to get away from at least some of the current hassles.

One other thing that I've been holding onto for a week or so now. It just so happened that one of my old fraternity brothers read that "meltdown post." It also just so happened that a golf outing took place a few weekends ago here in the town of our alma mater. Although the not-so-surprise-visit of a few Pi Kappa Phis did help us out financially it was more rewarding to receive the warmth, support, and encouragement from these great guys from my distant past. For a couple of hours it seemed we were back in college swapping lies and tall tales but the truth was obviously written in the grayer hair and receding hairlines. And even though over two decades have passed I know without a doubt we share a true brotherhood. It's something I didn't think about much way back in The Day as we were emptying a keg but it's certainly something I dearly treasure now as I'm approaching that mid-century mark.

She can come and get away at the house of color anytime she wants. Winnsboro is far enough away that she can relax (and my life always makes people laugh)plus if you ever prove her right (in her belief that she has to be around to cover for your mistakes....LOL) she can get in the car and go home!

Of course relaxing with another artist must may be too much like being at home!

Friendship is a wonderful thing to have with a partner.

The last part of your post almost makes me want to yell out a little "Johnny Uma" ;)

While not a "fraternity guy" going into college, it was by far the best decision I made while at Furman. You can't beat those Pi Kapps [although I'm sure several of our KA friends would disagree ;)]! There is something special about the bonds you develop in a healthy fraternity. Glad you could catch up with some of the brothers. Still hard to believe our chapter is 100 years old!

"Nothing Shall Ever Tear Us Asunder"

if the friendship is still intact, the marriage is too.