I Should Probably Go to Hell for This... 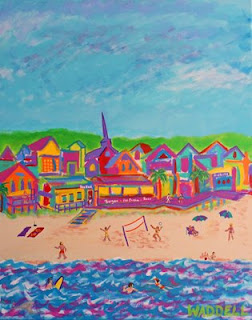 Speaking of Hell, I can say for certain that Ben has had his share of fire and brimstone filled journeys in his nine short years. Even though he can't walk he certainly has felt the heat as we've pushed him along the molten highways of exceptional living.

If you haven't been following along on Facebook then let me say that the wicked virus Joan caught last week has really done a number on our son. Just when we thought he had turned the corner yesterday his fever returned with a vengeance. As they say there is no sleep for the weary. Things reached the boiling point for me and Joan as well. While trying to make an impression by way of phone call to work about the severity of Ben's condition Joan hung up on me. In my book there is only one ruder thing anyone can do to me and that is spit at me. Shit definitely hit the fan.

Things between me and my wife are so very confusing and in such a state of emotional flux that I don't know up from down, right from wrong, or heads from tails. I just want for us to be away for awhile - and I don't honestly know if we need to be away together or from each other. I just know that I keep working. Having a brush in my hand at the moment really seems the only true escape that I have. Perhaps that new beach scene is my way of wishful thinking.

Anyway, I haven't forgotten that some introductions of my new artist friends are still due. They're still on the front burner and knowing that I just might meet some pretty interesting characters this weekend at Spartanburg's (South Carolina) Folk & Outsider Art Festival which begins today, expect a full "disclosure" first of the week. My dear friend Christy Buchannan is coming up for the show. There's always a story whenever we're together! If you're in the upstate then please come visit with us.

Oh yeah, why I should probably check in with Old Nick? check it out for yourself... 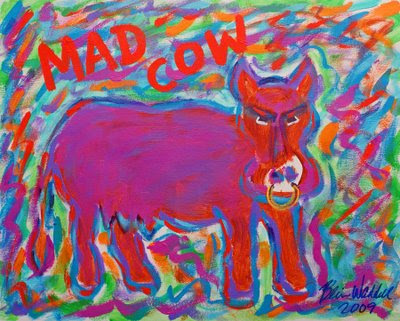 So I guess we will be drinking huh? Don't worry, I will fill your head with wonderful funny stories! Why is it that my life doesn't feel as amusing as you all think it is some days!

Those last two are very funny!