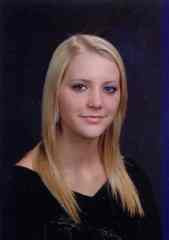 My girls are on their way to Charlotte for a dance competition. David's two remaining children are either spending the night with friends or relatives so I invited him over for an impromptu bachelors night here at the house. There's just no way I'm going to allow him to sit around in his own empty home this evening.

David has graciously given me permission to reveal a great deal about Jessie's death here on the blog. He did the same just before the memorial service for Perry Duggar, the pastor of his church and one of the two ministers who spoke Wednesday. This grieving father knew how many young folks would attend the service. He also knows how many parents read this blog.

I wish I could recall verbatim what Perry said that day. His words weren't so eloquent that they would be lost upon the ears of so many young folks beginning their journey toward adulthood. On the contrary the lesson to be learned was made so very clear and precise that for just a few moments the quiet sobs and sounds of weeping ceased. There is no doubt that some of those ears heard but the admonition is already forgotten. But there were other ears that heard and the plea went straight to the heart. David will probably never know when it happens but one life - maybe many - was saved on March 25, 2009 for allowing the Truth to be told.

Another blessing that was revealed at least to some folks this week is that David truly has found his soul mate. Joan and I were privileged to be the first told that he had become engaged last summer to an old college friend. His fiance' Lis was a steadfast support and comfort for him all week. In fact she was the brave one who finally put David's ex in her place after she made the entire first 48 hours miserable for any and every one supporting Dave. Unfortuantely for the two of them she is currently living in Chapel Hill, North Carolina finishing up a masters degree in nursing management and had to return yesterday.

As you can see this is not the end of the story but the beginning of a new chapter for my friend. I will continue blogging about David, Lis, and Jessie when the time is appropriate. For now, including this evening, it is time for the healing to begin. There is a police investigation happening even as I type this and I certainly do not want this crime to be unpunished by revealing something I shouldn't. I just know for a fact that one day soon David will at least have the satisfaction of knowing that whoever is responsible for his child's death will be locked away for a long time.

The picture is Jessie's senior yearbook photo taken about this time last year.

I am so deeply saddened for his loss - which, in so many respects, is yours as well.

David sounds like an incredible individual. Strong, empathetic and kind. No wonder you're such good friends.

Saying prayers for you all.

Carmi, as always, you are one of the best.

I am so saddened by this devastating story. My heart goes out to David and please thank him for allowing you to share the story.

this breaks my heart, Blessings to you and yours and the family of that beautiful girl.

I'm happy to hear he has someone to turn to who will care for him the way he needs (in addition to the many wonderful friends, like you, that he clearly has). She was a beautiful girl. He is wonderful to be open about her life and death.

Just truly devastating.
He's lucky to have so many people with good hearts around him.

if there is more to the story i hope those who did nothing or did something (if that makes sense) are brought to justice.

so young and such a future. sadly at times they dont realize it.