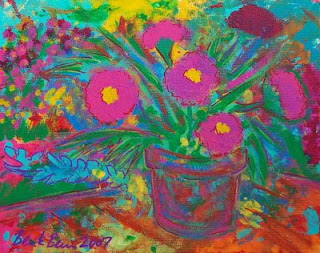 About a week ago Jessie inquired about moving back in with her dad. "Sure," he said, "but you have to follow my rules. That means curfew at 11:30." She didn't accept. Instead she remained living with her mom.

All of David's friends knew this was an unhealthy situation but what could he do? After all she was 18 and could make "adult choices" for herself. Those most recent choices included a DUI, losing her driving privilege, and then shortly followed by getting caught late one night driving without a license. Her boyfriend at the time was sitting in the passenger seat with enough pot that he's still in jail. Easy to make a judgment about Jessie one would think. Well you'd be wrong. All she was doing was following the example of her mother.

About four years ago Jessie's mom and partner of David's for over twenty years abandoned her family for the lure of cocaine. This former PTA parent, soccer mom, and Sunday School teacher would disappear sometimes for weeks at a time. She would finally return home long enough to convince David she'd seek help only to disappear once again having raided the family checking account. David ignored his friend's pleas to kick this woman to the curb. He continued to hold out hope. He'd shared more than half his life with this woman. She had given him three beautiful kids. Plus they were a good Southern Baptist couple and by God, David was going to give her every possible chance he could...because in his words, "He knew her."

Not just because of my friend's awful journey but from many others we are unfortunately aware of, the fact of the matter is that after living, loving, breathing, birthing, praying, and parenting with someone for two decades you still may not really know that person. It wasn't the constant counsel of friends that ended their marriage. Neither was it the web of lies woven like a tapestry straight out of Pandora's box. And it even wasn't after her DUI arrest in a neighboring state where she was found driving another man who happened to have a significant amount of illegal drugs. David had finally had enough after he hired a private investigator to find proof of how she was obtaining drugs even with all her financial resources exhausted. And he did.

The investigation is still ongoing and many of the facts are still hidden amongst the whispers and MySpace pages of teenagers but this is what we know. Jessie attended a party Saturday night with her new boyfriend in a neighborhood not far from her former home. Alcohol and the drug Oxycontin were readily available to those in attendance. Sometime around 1:30 Sunday morning Jessie left to spend the night with her 20-year-old boyfriend who still lives with his parents. It is unknown at the moment if any parents were at either location.

At 10:30 Sunday morning Jessie could not be awakened. An ambulance was called to the scene and police arrived as well. The paramedics immediately began CPR and at some point she received a tracheotomy. She was pronounced dead at 11:58 AM March 22, 2009.

Around 12:15 that afternoon my friend was working in his garage when two sheriff deputies pulled up to the house. As David walked out to greet them his first thought was, "What has Jessie done now?"

There will be a memorial service at 4:00 this afternoon (EDT). Please remember David, his two surviving children, his extended family, and his many many friends who gather to say farewell to his eldest child.

Per the excellent request from the comments...
Memorials may be made to Brushy Creek Baptist Church 4999 Old Spartanburg Rd., Taylors, SC 29687 "Freeland Brazil Mission."

So sorry to hear this story.

Lots of hugs and prayers to David and his family, as well as to the friends who will help ease the grief journey. It will be a long, miserably bumpy one.

Long time lurker, de-lurking to ask if there is somewhere I can send a donation or gift to help David and his children?

What a sad horrible story. God's blessings on David and his children.

Prayers for you as you and other friends support him in this.

That is just terrible. My prayers are with them.

Ohhh, that just breaks my heart. :(

There are too many sad stories like that. Such a shame. Lost forever.