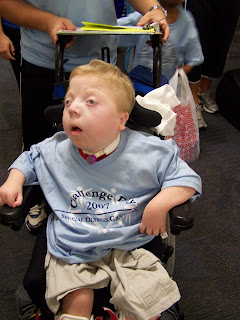 That phrase pretty well sums up my whole being. How many times can a person making their way through life, minding their own business, taking care of their own responsibilities, leaving no wake to capsize others be left standing at a catastrophe hopeless and powerless in a sea of lies and deceit? I peacefully went to bed Friday night knowing I had worked my ass off to make sure that I not only protected my ass(ets) but those of my neighbors who I had not even met. Yet Saturday morning I'm being pushed off a proverbial plank.

What do you get for being responsible these days? Being treated as a pariah – like I didn’t know what I was doing. I took every measure of precaution at my disposal to make sure my booth was in compliance. I returned several times during the evening hours to make sure my canopy and gear would survive the night of wind and rains. Yet everyone who represents the Holden Beach Merchants Association has either claimed the incident as “an act of God” or won’t return my phone calls. They should know better because I went much further than their suggestions of how to anchor a booth. The minimum was implied but I implemented the maximum.

My gut feeling is that the guy responsible doesn’t have the insurance that is required to have been able to participate. There are way too many signs pointing in that direction. And the festival representatives know it.

We are broken people. We are all physically sick. Jessie and Ben either hear or sense our worry and fears. It shows in that Jessie spent the afternoon throwing up. Ben has started having seizures again despite the meds. I just have to ask when will we catch a break? Really. Does life have to be this difficult? Do our hearts have to be broken every time things seem to be moving forward?

Hang in there, Bennie. I hope there is good news soon.

I'm really sorry that this happened to you, I can see why you'd feel really angry and frustrated and yes, even a bit defeated. I only hope that the darkness will lighten up and something good will come from this.

Bennie, I love you and I know there is a reward. Even if you don't realize it here on earth, you will in heaven. That's hard to swallow when you're in the midst of all this anger and sorrow, but it's true, I know it is.

I too am sickened by the treatment you're getting. It's wrong. I wish I could help to that end. Keep in touch with people there that you know and saw what happened. Get the police involved (on your own) show them the pictures, witness statements, etc. Will your own liability insurance help or not? (We're a no-fault state here in MI)

Don't pray for your life to end, Ben, Joan and Jessie need you too much! Keep praying.

BIG HUGS to you. Call if you need to blather at someone!

So sorry to hear that Bennie...

Doing the right thing sucks.
And yet it's what we must to as decent human beings.
Can't say the same for OTHER people. (I'm glaring at you Holden Beach Merchants Association.)