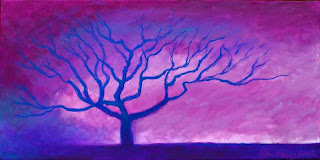 The Clouds Start to Depart

For the first time in a few days we had smiles. Some good news was discovered, even better news was inventoried, and the best news was phoned to me this morning. There's still a mountain to scale but despite the lingering fog our GPS seems to be working.

Joan and I spent much of Sunday afternoon unloading the van and separating the useful from the worthless. Other than the Trim Line Canopy (booth) and my prints everything else looked salvageable. Most of my originals had remained in the van Friday evening and the ones I unloaded were in my safest plastic container (that would be the big gray thing mostly obscured toward the left side of wreckage photo #3) which was pushed around some but survived fairly unscathed (folks from Tupperware reading this: I'd be a great spokesperson for your product - we could definitely use some cash).

The mood was so grim two days ago neither one of us had the heart to check out the print situation. Saturday morning I grabbed those that had not blown away, stuffed them in their containers, and loaded them back into the van. On Sunday we brought the two containers (soon to be replaced with Tupperware ones) into the house and left the tops off so they could dry out. Besides the invasion of water within their packaging I figured mold would probably be the biggest culprit of their ruination so getting them dry ASAP was a priority.

Evidently that move was a good one. Today I went through both containers and it looks like I may have lost only about 15 to 20 percent of them! That figure could be even better once I compare what remains to my inventory lists. Note to Conni & Christy: I finally found a good reason for numbering an open edition giclee'!

Later on I went out and surveyed the remains of my Trim Line. Again without too much blah-blah-blah I think I can piece together enough of the frame-work so that I can use my old EZ-Up as a booth. That means I'm still planning to go to Tybee Island (GA) next weekend (more about that in a post later this week).

The best news came early this morning. My brother, The Lawyer (not to be confused with The Preacher), has been advising me behind the scenes. Another long story (you don't want to hear) short, he actually called the guy who handles the food vendors at the Holden Beach festival (the guy who issued the veiled physical threat). "The Guy" couldn't have been more polite and promised that my Bro would have insurance documentation faxed to him by the time Bro gets home on Thursday. This was perceived as a good thing amongst those of us who are tired, poor, and weary.

Oh yeah. I left out the best thing. The nurses have started to build Ben's Halloween costume. Let's just say that the artist dad always gets humbled by Ben's Harem. Really. They are incredibly clever!

A second "oh yeah": the comments, the phone calls, and the e-mails have not gone unnoticed. We very much love each and every one of you. Sincerely. Some of them, nay, almost all of them have actually made us cry in thankfulness knowing there are still some really good people in the world. And to Grandma Bob in Kansas (irony at its best): we can only send smiles from Ben right now but my prayer is that one day he can stick his arms out to you for a great BIG hug!

I haven't called. Now I feel like a loser.

However. I'm dancing with joy at your good news. And I will be drinking in joy when I'm home from work. I think you'll agree that is a worthy endeavor!

Yeahhhhhh!!! Good news indeed.
I am happy things are looking up for you.

I'm really happy to hear all of this Bennie. I've been sure to keep you guys in my prayers, and I'm glad things are looking a little better!

Just catching up. Sorry to hear about the show. Glad to hear things arent as bad as they could've been.