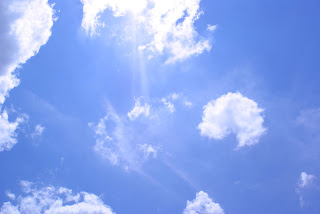 I could probably write about a dozen blog entries to explain how I reached rock bottom in August of 1995. Just about everything you can imagine that would stress an individual to the max occurred between my Dad's death and my first trip to a psychiatrist. Joan and I got married. We bankrupted my Dad's business for a number of reasons. Mom and I started our own business which eventually swallowed up all of my savings. Joan and I began trying to have a baby with very little luck. In fact our first pregnancy ended in a miscarriage.

My break down happened at our office. Joan and my mom knew something was wrong but neither one knew how dark things were becoming inside. I couldn't sleep nights. I threw up what very little food I was eating. At the beginning of that summer I drank at night to self-medicate. By the this time I couldn't even do that. My emotions were absolutely out of control.

That afternoon I told my mother that if I had to continue living the way I was then I was going to kill myself. Neither one of us knew what to do. Her first inclination was to take me to see our priest, Father Henry.

Most Episcopal churches have a small prayer chapel that stays open 24 hours a day. Since I was an out-of-control emotional mess mom led me there while she went to find Henry. I still remember looking up at a crucifix and thinking why the hell won't you do something? Do you want me to die?

The strange thing is that after Henry had sat and listened to me for a few minutes he asked what I was afraid of. I can still hear the words rolling off my tongue like it was yesterday. "Henry, I'm afraid of dying like my daddy."

Within the hour I was sitting in a psychiatrist's office finally getting the help I needed. While Joan, my Mom, and Father Henry sat in the waiting room I listened to this guy read out of a few of the many tomes neatly shelved about the room. What was inside of my brain at the moment was the antithesis of this guy's organization skills. After wading through the gobble-de-gook I realized he was describing my condition to a tee. A severe depression brought on by Panic Anxiety Disorder.

He prescribed an anti-depressant, Zoloft, and Klonopin, an anti-seizure/muscle relaxant "to take the edge off" until the Zoloft kicked in. I also began counseling to deal with the nitty gritty, the core of my desire to off myself: fear.

My journey of the past 13 years has been long and arduous at times. A lot of work has been invested to keep me from getting so easily knocked down by the big white elephant that still remains in a room close by. During the last year that our business was failing I became so agoraphobic that I wouldn't leave the house.

Looking back I can see what a gift it was to lose our business given these economic times. As I admitted yesterday I have my worries but neither me, my Mom, or Joan no longer have to worry about the livelihoods of 40 to 50 employees. I love my job which has been part of the healing process. And then there's Ben - the biggest reason why my joy for life returned. If Jessie was the engine that revved my heart back to normal then Ben is the throttle that sent it rolling back down the highway.

I still take my meds. I still enjoy visiting the planet Klonopin via the Effexor Express these days. I'd like to think my summer camp visit to Hell back in '95 was not just an experience in suffering. There was a purpose and in the end I was saved. Due to the love of my famaily and a friend I finally had hope which had been lost. And with the discovery of hope my faith was restored.

I am so glad you are here.

It is also funny (weird, not haha) that the Episcopal church has been whispering my name lately

Flutter, I highly encourage you to try it. Funny (weird) that you used the term "whispering." I absolutely did not want to be in any church but strange things happened to make me finally "give in." I don't regret it.

This is a fascinating perspective on the economy, that's for sure. As for the rest, well... you are brave and good to share it here. Thank you.

There sure would have been a big piece of my life missing if you didn't get the help...so blessed that you did!

Life has this funny way of working out. I like your perspective.

Pretty brave of you to post something so deep and emotional.

I've always found it comforting to sit in church when things are rough for me. I just dont know why I only go when I'm in need...that alone bothers me. Ya know what I mean? Like I should go just because.

Wow - and I thought I was the dark and twisty one! I think I've read that article about us artistic folk being a mite squirrely - I do have my dank dark cell where I go from time to time, but I am still sporting both ears, so it's all good!
I'm so very glad you didn't end your life - it would be a much darker world without you.

Im so glad you made your way through that very dark time. Thank you for sharing your story, and the perspective that your experience brings. Thank the powers that be that you had your family with you through all that. So many go through it alone.
You are a brave soul.

Bennie,
I found your blog through Betty Boop who is one of my special readers.

I read with interest the article discussing the correlation between depression and creative individuals.

I'm an artist, a novelist, and I've struggled with depression for much of my life. It's a winnable fight but a fight nonetheless.

I asked myself "why do artists struggle with depression" and the words that came out of my mouth were, "Because artists can really see. And if you live in a world that is both broken and beautiful, and you can really SEE, then it's a lot to process, and oftentimes your emotional processor gets backlogged."

Cultivating community and spirituality is what allows me to get my emotional processor cleared out and functioning well. Hugs, lovemaking, walks out in nature, journaling, singing are all things I do to keep my emotional processor unclogged. And creating. If I'm not working, writing something, then I'm not very much fun to be around.

If you haven't read Julia Cameron's book "The Artist's Way" I would wish it for you. She is a wonderful woman and her work healed my artist soul.

Thank you for sharing your story, Bennie. What a beautiful blog.
Shula