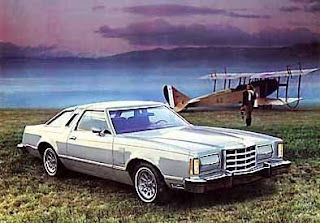 I did feel the lightening that summer. It energized me to the deepest parts of my soul. Life was so vivid those three months and each day was a brand new adventure. Even though making memories wasn't a priority there are still so many from that time that still haunt my dreams. I don't know exactly why I remember so much from that time. Perhaps I could sense the end of my youth? I'm not sure why but just like the song autumn rolled around way to quickly. And to make sure I wasn't just making all this up I checked several of those "what year was this" sites.

My "ride" was a 1977 Ford Thunderbird, same color as the one pictured above. After I got my drivers license the previous year, Dad took me to pick out a car from a buddy of his who resold automobiles for rental companies. The choice came down to the T-Bird or a yellow '76 Camaro. Back then THE two cars to have was either a Trans Am or a Camaro. I wanted that Camaro so bad but I also knew how bad my father wanted a Thunderbird back in his day so I chose "The Tank" instead. To this day I hate Fords. 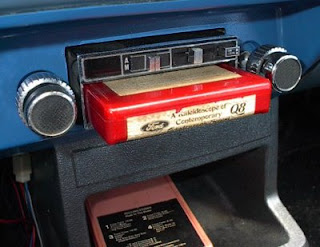 After getting an 8-track tape player that Christmas I was all set to impress my friends with the tunes of the day. Some of the hot songs playing that summer were "Hot Blooded" by Foreigner, "Dust in the Wind" by Kansas, "Don't Look Back" by Boston, "Life's Ben Good to Me" by Joe Walsh, and "Surrender" by Cheap Trick. And even though the debut albums from The Cars and Van Halen got their share of time in the console, by far the most played tape was Aerosmith's "Live Bootleg."

I had a steady girlfriend who really thought we'd get married one day. Since she was my first love and our relationship was pretty much peaking around August I didn't doubt her too much about our future. The biggest obstacle in our way was my determination to at least make a go at life as a musician. She wanted me to go to college, follow in my father's successful business shoes, and then pop out babies soon thereafter.

Looking back I have to say that our band was pretty darn good for our ages. It was the only band I got to share with my brother Cameron who turned out to be a good bass player. We practiced about three nights a week in a small house on our farm which prompted an occasional call to the local sheriff's office to have us pipe down. We knew the rules though. Amps off at 10 pm. There were many times we'd walk out of the building to the applause of a couple of deputies making sure we stopped on time. It turned out that they became fans of ours.

Having three boys in the house and a large farm home to host friends, there were plenty of sleepovers with 4 or more "hoodlums." After my parents went to bed we'd all meet up with other friends and have bottle rocket wars in one of our pastures until dawn. Yeah, I know already how lucky we were to have no one get hurt but I still remember the adrenaline that kept us awake for days on end.

Most days were spent in my family's pool. My dad had bought and restored a 1960s era jukebox which he loved to load up with half 45 rpm singles of our day and half from his day. Me, my brothers, and our guests would be treated to "YMCA" followed by Shirley & Lee's "Let the Good Times Roll."

In the evenings we had plenty of reruns to watch: M.A.S.H, Happy Days, and Charlie's Angels were repeating episodes while WKRP, Dallas, and Mork & Mindy premiered just before school started back. Friday nights though were always dedicated to watching The Love Boat and Fantasy Island at my girlfriends house. Her parents promptly went to bed and the two of us did something similar (I'm still waiting on the thunder). 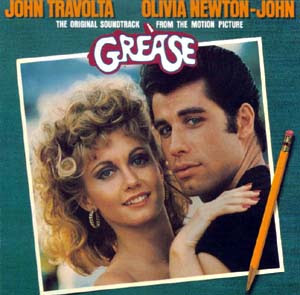 Kathy and I went to a bunch of movies. The biggest of course was Grease. I'm guessing we went to see that about 6 times - way too many for me. Looking back I think she wanted me to be the part of Danny and she would play the part of Sandy...except the opposite of the movie began to occur. Sandy started getting more Sandy-ish while Danny became more Danny-ish.

Ironically I began participating in a pretty cool church youth program. It just so happened to be the church I had grown up in before we moved out into "the country." In June 1978, me and Cameron went to Garden City, South Carolina with the youth group of Edwards Road Baptist Church. I really hate that we don't have a working scanner in our house because there is a picture of Joan sitting in my lap posing on the front porch of the old house the church rented. You can call it karma, God, or whatever but we are smiling because we were having a wonderful time. 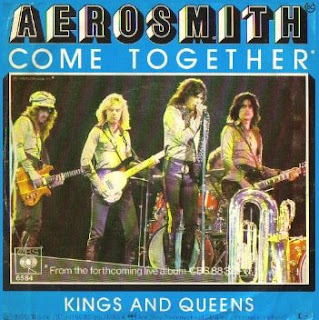 Since I was made to attend Grease so often I got the privilege of seeing my favorite band on screen that summer as well. Sgt. Pepper's Lonely Hearts Club Band came out and bombed. I dragged friends to see it several times just to see Aerosmith play the evil band. They were so cool in that movie and a highlight of that summer.

One other thing that strikes me about that year was Farrah Fawcet's poster that became so famous. My mom wouldn't let me have it but it hung on the ceiling of one of my best friend's bedroom. For the record his dad was a Baptist evangelist. I had Kiss posters all over my bedroom yet Farrah was not allowed. Another irony if you ask me.

So here I am facing summer number forty five in my life. There is much I am pondering at the moment. Even though one of those days in the sun by the pool seems like it was yesterday the reality is that my daughter is now entering her "tweens" and I'm scared to death of boys like me. As I type this other memories flood my mind and make me wince a few times. I want them to involve baseball cards, family vacations, candy, and other things that my daughter just left behind. Instead I'm left still fitting the puzzle of my teenage years together and wondering what happened to the missing pieces.

So again I ask of you my friends, tell me about your favorite summer....

omg. i remember watching grease more times at the drive in than any other movie. although, my mom drug me to see the rose like a bazillion times too so..that one is a toss up.

speaking of my mom, she use to think bob seger's night moves was night moose. where she got moose i'll never know. that's always been this long sort of running joke in our family.

i am so going to do this not really a meme but a memory sort of post soon. it's picking a summer where the memories are good that's going to take some time.

I don't even know where to start...

-- I totally wanted a Trans Am too.
One that talked with an English accent.