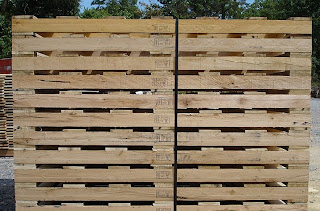 On the Palette: I Struck Out


Cadmium Red: The sad thing is that I didn't even make it to the batters box. This morning I called my friends at The Savannah Waterfront Association to check about an issue this weekend. While on the phone I asked Jessica, one of the three head honchos, if I could just bring my application down Saturday for next month's HUGE 3-day art festival. The conversation went something like this:

Jessica: "Bennie, the deadline has passed. It was March 20th. Remember I told you this one is the only show we do that is somewhat different? We were wondering why you hadn't applied."

Jessica: "It's already juried. I don't know what I can do. There are sometimes cancellations. I mean...I'm sorry. I'll put you one the waiting list. we really want you to do the show!"

Dumbass: (Just insert lots of begging, a few tears, a bottle of booze being opened - that should cover what occurred those 5 minutes).

Jessica: "Let me see what I can do. We'll talk about it this weekend."

I'm just thrilled they're trying to find a way to get me in. The bottom line: it is all 100 percent purely my fault. If I had been holding a hammer at the time I'd be wearing it in my ear at the moment. I just don't do shit like this anymore. I used to. When our family business was failing a few years back and I was so depressed I couldn't get out of bed, I let a bunch of stuff slide then. My marriage...my friendships...my family. But the new improved Bennie doesn't drop the ball like this.

Applying for an art show is a funky experience. Most of the time there's a deadline to have your application postmarked. For some of those shows it matters how early you submit your information. I've been rejected several times because Joan had me wait until the last minute to submit my packet knowing we had very little money in the bank to cover the fees. I can live with that.

Being stupid and uninformed pisses me off - particularly when I'm the one doing it.

Brilliant Purple: The internet continues to amaze me in how it can connect you to long lost friends. I mentioned a couple of weeks ago running into a good friend at a local grocery store. By the time Dianne G. and I got together for lunch she knew all about the happenings in my life.

The latest reunion began when Joan and I ran into the parents of my best friend during my senior year of high school, college days, and the few years that followed until he moved away. About 24 hours afterwards I had an e-mail from Rusty S. and we both have obviously been checking our in-boxes on an hourly basis since then.

I cannot say enough EVER about what a positive impact Rusty has had on my life. There are just way too many moments, stories, incidents, lessons, sadness, and fun to relate on this blog. Suffice it to say, other than my mom, Rusty is the most influential individual in my pursuit to become an artist. Seriously. That includes my art professors, my critics, my customers, or any other colleague.

He doesn't know it yet but he will surely read it here over the next few days. I can also point to our friendship as a huge factor in how I've come to accept my son. You see, Rusty is gay. Through Rusty I learned an acceptance of others based on unconditional love and unconditional friendship. No longer is skin color, sexuality, religion, money, or the amount of limbs one might have a determining value in choosing those I love. More importantly I also saw how his parents accepted him for who he is and not for their expectations for him.

I'm thankful that my friend came to understand who he is a lot earlier than most. Let us put it in these terms: he and his partner CF, have been together longer than me and Joan. Their relationship has lasted far longer than either of our first marriages. From his e-mails they are a just typical couple. They have their highs and lows but are just as committed as they have always been.

Sorry Russ if I embarrassed you but these are some things I needed to say. I'm damn proud to have you as a friend and even more thrilled that you are a part of our lives again. And by the way, the most fun I've ever had tossing a football was with Rusty. It happened at Furman University in that awful rehearsal room at the back of the theater around 3AM circa 1981 or 1982. Man, those were the days!

Wait! did that sound like some old dude talking?

Galleries: On the Palette, Posts by Dad

ooh. i hope she can get you in the show.

I hope you get in the show! I hate that feeling of dropping the ball, but I know it well, unfortunately. LOL.

Aw man! I hate it when stuff like that happens! Here's hoping you squeak into the show, honey!
I love that you've reconnnected to your best friend - can't wait to hear the unfolding saga!