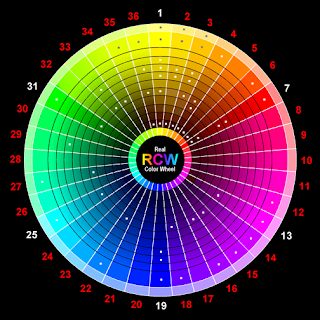 Emerald Green: It is true! I finished one of Ben's paintings this evening. The painting is called "Golden Horse" and it looks great. Tomorrow's post will have the image and details about acquiring it.

This was one of the canvas panels Ben started at EdVenture Museum back in September but I never could grasp an idea to work with. I took it to our recent beach getaway and never even looked at it.

Last night I picked it up in such a way that the image was quite obvious to me. I'm quite proud of this one since it will one of those that is about 90 percent of Ben's work!

Oxide Red: My buddy Mark put up an deliciously looking recipe for Manhattan Clam Chowder this past weekend. I showed it to Joan and the both of us drooled more than Ben does in a month. He and his wife Karen can cook!. If they ever want to leave the arctic temperatures of Pennsylvania for our warm climate, we're putting them in the restaurant business.

Cerulean Blue: Ben is sick. He's a good trooper but we had to hook the oxygen up today for the first time in what seems like forever. It is obviously the same virus that is knocking out folks left and right around these parts. In fact there's a very good chance it is RSV.

Medium Magenta: Jessie is shooting for a good grade on her science project. We've all been brain-storming tonight in helping her decide upon a direction. She is going to use Ben as her subject and has a really well thought out hypothesis! I'll keep ya' informed as she progresses.

Thanks for your wonderful comments about my chowder. I've read too much Anthony Bourdain to ever enter the Restaurant business. But I don't think it would take much to convince Karen to move south where it's warmer.

forgot to add yesterday: give Ben a hug - i hope he feels better reeeal soon. Poor little guy...
Can't wait for the pix of the Horse - sounds interesting.

I'm sorry Ben-Ben! I feel awful too =^( My doc says I have the flu and upper respiratory infections-both ears, sinus, tonsils, and some fluid in my lungs. Weird thing is that it hits all at once...Monday I was fine, Tuesday I wanted to die!

I hope you feel better soon! And I can't wait to see the new masterpiece!!!