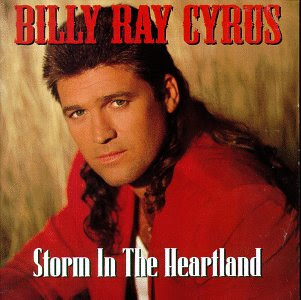 My own personal artist world tour is thankfully coming to a close this weekend. I head back to Savannah for a one-day gig to close out the year and the conclusion can't come quick enough. As I drove home from Greensboro late last night I tried to come up with a clever name for the Soulshine Studio 2007 Tour of Art Festivals. Given the cold rainy conditions, my exhaustion, and another disappointing show I figured "A Soulshiner in Need of More Moonshine" would probably work. If I print up the t-shirts I'll let you know.

The weekend started out decent. By the time I checked into the motel Thursday and set-up the booth I was honestly too tired to even contemplate missing out on a turkey dinner. I settled for some pot stickers and Southwestern Egg Rolls from T.G.I.F. Friday was pretty busy and turned out being one of my better starts for a three-day show. I was close to making expenses which was basically my goal for the day.

Saturday was a little disappointing but most of us figured shoppers were a little "hungover" from Black Friday. Like many other metropolitan areas malls and large chain stores opened up early Friday morning...as in 1:00 AM in some cases. I had one lady who needed three reminders of how much to make out her check for. This was early afternoon and she'd already been up for about twelve hours hitting as many shopping locales as possible. The positive vibe turned very sour late Saturday when word started reaching the vendors of the impending doom that was expected on Sunday.

The Greensboro Coliseum complex is fairly large. Essentially there is the arena with a large convention center adjacent to it. There is actually another large building on the site that resembles an aircraft hanger. It is quite common for these types of facilities to host several events at a time. In fact at several of the Gilmore Shows (the promoters of The Craftsman's Classics) I noticed other happenings taking place at the places they rented. This is usually a good thing since after a day or two of seminars or corporate training, the shoppers include those folks a little tired of motivational talk and just happen to be wearing name badges similar to ours.

Just like some of those other weekends we were going to have "neighbors" on Sunday....afternoon...before the show closed. This was not Dell computers hosting a sales training seminar or the local Elks Lodge hosting a reunion. It just happened to be Mylie Cyrus (a.k.a Hannah Montana) rolling into town for her fall concert tour. for those of you that might not have a daughter around the age of eleven, Mylie Cyrus is the daughter of country singer Billy Ray Cyrus who became famous for singing an absolutely obnoxious song sporting the world's worst mullet way back in the 80s. These days he and his daughter star in a Disney television sitcom called Hannah Montana.

Never missing out on an opportunity to roll in more barrels of cash Disney has sent Mylie out for her first world tour which coincidently happened to get booked in Greensboro, North Carolina for November 25, 2007. Thousands of little girls between the ages of 5 and 15 would be invading the Greensboro Coliseum on Sunday afternoon. Concert at four, ending around 6:15...the time most of us artists and crafters would be finished loading and ready to hit the road to head home. Just for shits and giggles, we also learned Disney would be setting up a pre-concert ramp-up event called "Mylie's World." Doors open at 1:00.

Needless to say none of us were happy and needless to say Sunday was a bust. Parking was at an all-time premium and attendance for our show was less than half the usual amount. After standing on concrete for 26 hours over three days, packing up the van with about 1500 pounds of gear, we then got to spend about an hour in post-concert traffic finding our way to the interstate in a constant drizzling rain. There were very few happy artisans last night.

There is plenty of blame to go around, mostly directed at the Greensboro Coliseum for booking this event during an annual holiday craft show weekend that obviously brings in a great deal of money to the local community. Despite the fact that the Gilmore family are very fine folks and probably meant well by making the most of a bad situation, they knew of the concert as early as September and never let any of us crafters who paid anywhere from $400 to over $1000 in booth fees know that our revenues were going to take a huge hit.

At least I can look forward to spending Thanksgiving with my family next year since I won't be back. It's unfortunate because I like the community and as mentioned the Gilmore family the weekend was more than just a disappointment. I only heard one person (who is not actually an artist) say that the Gilmore's "couldn't help what happened." It was the opinion of everyone else that I talked to that we should have been informed ahead of time of the complications we would face.

The good thing is that I am home safe and glad to be here. And the weekend was not a total loss given the opportunity to meet a very special family Friday morning. That is something that I'll be very happy to tell you about tomorrow! For the very first time I met another PKS family! the moment was ultra special and there are pictures to prove it! That is something I am looking forward to sharing.

Bummer Ben! They really should have told you guys a couple months ago.