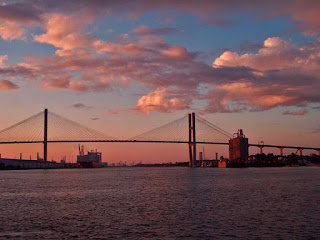 Midnight in the Garden of Good Intentions and Bad Revenue

If there is one thing I learned about Savannah, Georgia these past few days it's that the good folks living there know how to throw a party. Call it mini-New Orleans above sea level. I may have just made expenses but I sure had a good time. And there's no way I can blame the folks of the Savannah Waterfront Association because they know how to run a good art show (unlike my own neighboring town of Greer, SC).

For the most part all of the artists and crafters did rather poorly in comparison to last year's Seafood Festival. A consensus among us was definitely agreed upon. Until a certain Texas oil billionaire gets out of the Presidential office we're not expecting a fair reward for our efforts. Evidently I'm not the only one that's noticed the correlation between rising gasoline prices and the approach of a (pick one) holiday.

First I'd like to send out a big hug to Kara, the bartender at Fiddler's Crab House. I learned the secret of making the perfect Bloody Mary. It was so perfect I had to verify my findings on several occasions over the weekend. And before you chastise me for drinking on the job let me honestly inform you that I am a lightweight in that regards. One of the first things I learned about hanging out on Bay Street is that most order their adult beverages "to go." Yep, just like the Marde Gras City, two drinks in hand is like one barf in the bush.

Friday was very windy and several vendors weren't prepared for it. After a few lost casualties things settled down after vendor neighbors helped those struggling with their set-ups. This made me once again realize that the majority of us doing this for a living are one big family unlike the jerk I encountered in Banner Elk. My neighbors were awesome as usual and made the weekend worthwhile.

The folks in the area came out in droves and were very complimentary of my work. I've wanted to get my foot in the door and I think that mission was accomplished. I see great potential next year. In fact I'll be adding their December First Saturday to my agenda which will now be my last show of 2007. Kenny, Jess, Ray, and Leigh Ann who are the organizers of the waterfront events couldn't have been any nicer and welcoming of a new artist to their shows. So I look at this trip as an investment for my future.

There was one other meeting that I will tell you about tomorrow that let me know I was supposed to be at this festival on this particular weekend. Yesterday I met a beautiful young lady. I look at this as the beginning of a wonderful relationship where two people can relate to each other's passion. I've already told Joan about it and she's surprisingly supportive. Since I'm headed back to the area again next weekend I'm looking forward to another rendezvous.

I promise to full in more details after an evening of reflection and thought. Until then... 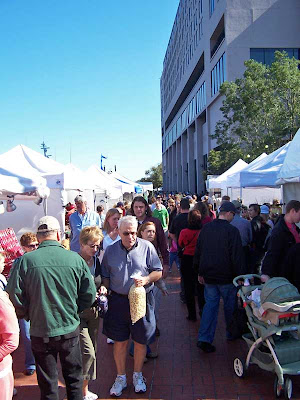 The crowds did come. Wallets were glued to to butts unless you were in a pub. 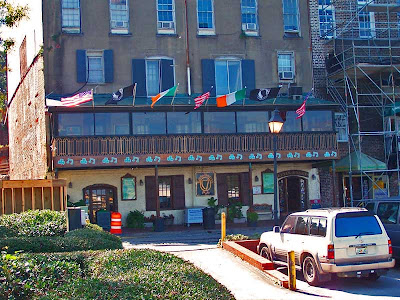 I swear I did not spend our profits here even though I took this picture Friday morning. I will admit that I bought a beer...or two...maybe three so that I could use their restroom...occasionally...okay...often. 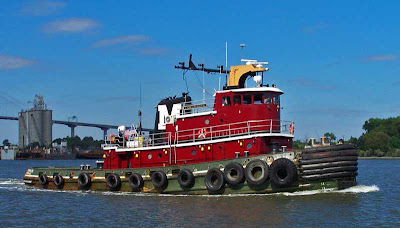 I love tugboats. These guys were a periodic sight throughout the weekend. 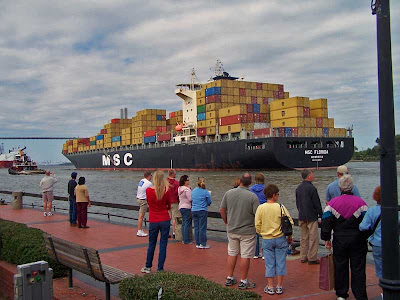 They helped maneuver these monsters into dock. 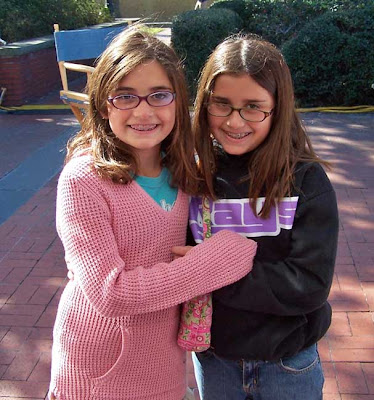 Obviously they're twins. What I didn't expect was to get responses in stereo. Seriously!!! They were in my booth for about ten minutes and responded to me with the same answere even when I treid to get them "to crack!" Plus they are adorable. 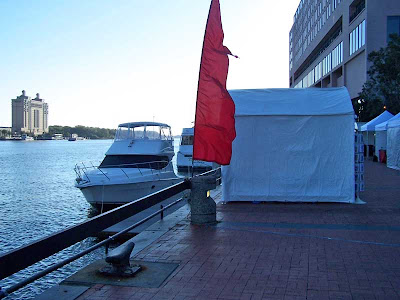 I was just glad they let us park "my ride" behind my booth.