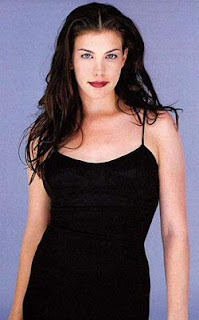 
I wish I could take credit for it but I gotta give props to Tony over at Creative-Type Dad for this blog entry. Every now and then he lists some interesting phrases used in search engines that direct folks to his site. Generally they are hilarious but occasionally they can be strange on the scary side.

Well about a month ago I decided to watch my Site Meter a little more closely. Low and behold I got my fair share of strange, creepy, and somewhat deranged. Since this is more or less a family blog I’ll spare you the sickest of the sick.


So let me introduce the finalists of my first Weird Searches entry:


“SpongeBob Crappie Pattie” – Given that Ben’s favorite cartoon is Sponge Bob Square Pants I consider myself somewhat of an expert about Crabby Patties. I’m almost certain whoever Googled this ate at Mr. Crab’s place on SpongeBob’s day off. Patrick could very well have prepared it but I guarantee you the customer would’ve been completely satisfied had Bob been the one announcing, “Order up!” I just hope this isn’t some ploy by Plankton to sue Mr. Crabs into revealing the secret recipe.

“Dad missed out” – I’m not certain what he missed out on but if you ask your average Mommy Blogger then the answer would be “everything.” You women folk think all of us blessed with an overabundance of testosterone are equivalent in intelligence to a squid. That rumor is completely false unless you’re discussing my father-in-law. We just like for you to think that. Actually men are rather smart in their ability to act dumb and you lovely ladies just play right into our hands. By marrying you gals we no longer have to do laundry. Think about it!

“two hot 13 pear old chicks nudering each other” – I really don’t know what this means. If he, she, or it meant “year” instead or “pear” then those chicks should be grounded until their way past marrying age; like maybe when their 15 pear old. I’m quickly reaching my middle years but "nudering" isn’t something we did back in my day. I’m also guessing it isn’t something pear chicks do in sewing class.

“nobody ever said wife was fair” – AMEN brother!

“garbage can trap” – Why on Earth would anyone want to capture a garbage can? You can slide on down to your local grocery store and just buy one. This makes me wonder if garbage cans are finally getting back at bears and raccoons. Just a thought.

“Stephen Tyler is Jon Bon Jovi’s dad” – I really don’t think so but Steven (correct spelling) has been known to get around. This would make Jon a stepbrother of Liv Tyler. We’re not only talking about an extended family rolling in dough but also a scenario of siblings doing stuff they only do in West Virginia. All I have to say is have a nice day!

Ok, I'm a blog virgin really. How does what you're describing work?
Sad, aren't I?

Yeah, I usually edit out the *really* bad ones. They scare me.

BubTar used to call them Crabby Panties. Oh, how we would laugh. Unwitting references to STD's by a two year are always god for a laugh. We could then say things like "Well, THAT customer she got more than SHE ordered." LOL.

And the rest of these just cracked me up. I really was laughing out loud.

Is that why I've been doing the laundry all these year? Dupped? Well at least I've never mowed the lawn.

Gretchen - toggle down to the counter that tells me how many visiters have been here and click on it. Look to the left and click on "by referrals." That'll show you how people arrived here (most of the time).

Tony - you ain't kidding. There are some sick folks out there.

Kyla - that's hilarious! Unless you get a case of the barnacles.

Kathy - I guess we are dumber than we look.

lol...you either get crazy search visitors or illiterate ones.

You ever down south, give me a holler. I'll lose a round of golf to you.

ha! these cracked me up. and your comments had me giggling. who the heck was lookin for no one ever said wife was fair??? ha! insane.

i'm afraid to even see what brings people to my blog. weirdos.

You've got some interesting people searching your blog!!!

I love the responses you came up with too, very witty and funny! ;)

Yeah, I get some strange ones, too.

But never for "nudering." That sounds painful, doesn't it?