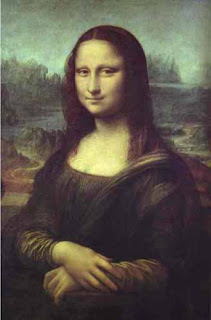 
I had planned on revisiting this subject only occasionally, maybe once a month or perhaps every six weeks. But for some reason the lunacy comes in bunches and boy did it arrive on my site meter the past few days. I haven’t checked the lunar calendar so I don’t know if we’re full, waning, waxing, or new at the moment. I do know that the autumn solstice occurred over the weekend so maybe folks are just getting antsy for some cooler weather.

For those not familiar with what I’m about to discuss, these are searches that some person (inmate?) used to reach this blog. Site Meter occasionally captures the exact quote used on Google, Yahoo, or another search engine. If you haven’t tried it before you might be in for a surprise…and a bit shocked.


1. “Bennie SpongeBob” – I am not aware of any characters on the program named after me but if the folks at Nickelodeon were up for it, I wouldn’t mind starring alongside Patrick, Squidward, and Sandy. I think it would be swell to wear one of those fishbowls like Sandy wears and actually get to eat a Crabby Patty. Of course this could be a subliminal hint by someone that I’m an idiot with a sponge for a brain that likes to chase jellyfish.

2. “things that happened at the Woolly Worm festival” – Sorry but just like Vegas what happens there stays there. I think all woolly worms deserve a bit of privacy and its nobody else’s business what goes on behind closed doors…or under a leaf…or in a hollow log…or in our camper.

3. “Asian elephant prints in Greenville, SC” – I’m not sure about this but the last time I checked our hometown was still in North America. My advice would be to check for Asian prints in some place like Thailand, but that's just me. Of course a few months back Miss Teenage South Carolina alerted the United States about the glaring lack of maps available for our schools. This could be one of those poor confused American children thinking they might not even know what planet they’re on. Of course I’ve always thought all kids were aliens.

4. “internationally famous works of art” – I’m laughing so hard I might just bust a gut! Just call me Van Geek! How about Leonardo Da Stinky?

6. “Sugar Daddy in Nags Head, NC” – How this one led to our blog, I’ll never know. Feel free to do whatever with this one in the comments. I ain’t touchin’ it.

I wonder what in your blog matches with those searches. Very funny! However, you'd make a great guest star on SpongeBob. :)

You smart ass. HA! This cracked me up but your comments had me rollin.

First of all, Sandy called the radio station that I listen to in the mornings they were having this 7 degrees sort of contest-if you could get a famous person to call in and you were the best one of the day you got 2grand and apparently Sandy's sister lives in CENTRAL OHIO so....funny you should mention her.

Y'all some crazy ass partiers at the Wooly Worm Fest eh? Rock on with your bad selves. *throwing up my rock fists*

What the hell with number 7? LMAO....HA! You crack me up. Those poor livestock.

wow, that wooly worm fest could be the new burning man...

LOL. These crack me up.

Sugar daddy.......has Joan realized that yet-lol. And I have been looking so long and didn't realize that a sugar daddy was in a couple of booths down- blows my theory that art shows aren't the place to meet men (they are gay or married)-lol

Whoever thinks you're a sugar daddy obviously doesn't know the life of an artist.
Good taste however.
Spongebob sugar daddy.
heh.

whoops, that was me, Casey of moosh in indy.
Not my husband.
He's not hitting on you.
whoops.