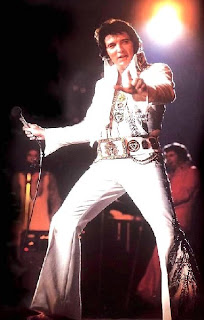 Welcome to the musings and mutterings of an exhausted gallery host. I'm not traveling this weekend so Joan had visions of me working in the yard and catching up the honey-do list. Given that it was an incredibly beautiful day here in the upstate of South Carolina I considered The List to be a not-so-oppressive agenda. Plus Joan had promised to help out in clearing the jungle with the yard work.

Alas. The gallery came a calling. I was informed this past week that one of our younger artists was impregnated recently. This was a joyous bit of news until we found out that this was her first pregnancy and was suffering through some pretty intense "morning sickness." Evidently morning to her means all day, 24/7, "I'm gonna throw up on the customers" kind of sickness. I've gotta give Leslie Owens some props for trying to work her shift today but there was no way she was going to sell artwork due to the nature of her condition. Barfing on potential art collectors is not really appropriate unless the gallery is truly weird. Artists might get away with this kind of thing in places like New York, Paris, or Turkistan but not in the upstate of South Carolina.

Yours truly was available and the Garden Party was called off. Honestly, upon arriving, when I actually saw Leslie I wanted to tell her the flight only lasted another 15 minutes and barf bags were located in the seat in front of her. Also I'd like to receive some props in the comment section from the mommy bloggers out there who know or remember the experience so I can file them away to remind Joan the next time she tells me our yard would make a great wildlife refuge.

Leslie usually looks like she could be Sandra Bullock's little sister. Today she looked like Casper the Evil Ghost. It was that bad. Anyway it was an interesting day to say the least. The following are stream of conscience thoughts or actual events that took place in my world today.

I can't wait to see the next round of Google searches you get, Bennie.

Come on Bennie...be nice to the Elvis wannabe! If he follows in The Kings footsteps he won't be around long enough to apply to the guild!!!! ;)

LOL, that poor lady! You're such a man...breasts on the mind. I don't think you needed the wine my friend.

I just heard that Blinded by the Light song and for years I thought it was ELO.