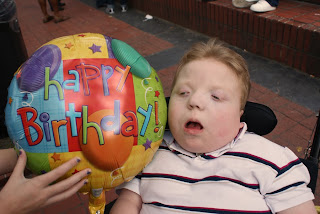 The weekend didn't get off to a very good start. About an hour before I had planned to leave last Thursday we discovered that our camper had flooded due to an overnight storm. Our area of the country has been suffering from drought conditions for the past two months so that 10 percent chance of thunderstorms was pretty much ignored when we went to bed the night before.

After spending a few hours cleaning up and drying out the camper (and knowing we would be living out of a motel room over the weekend) we pulled Jessie out of school early and headed to Savannah. What followed over the next 48 hours or so was one of Ben's most memorable birthdays!

Joan finally got to meet some more of Ben's extended family. The Waterfront Association, the artists, and friends I have made over the past few years who have become aware of Ben's story over the years couldn't have been more accommodating and welcoming. The ultimate result was a memorable weekend and a promise from Joan that she will return often! Plus I had a great weekend of sales! Awesome doesn't begin to define the experience. 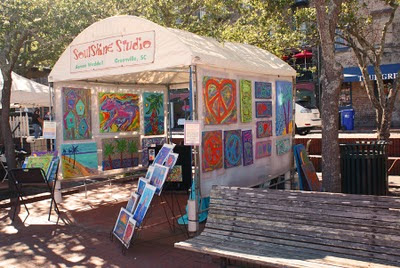 The booth looked mighty fine. It usually does on River Street! 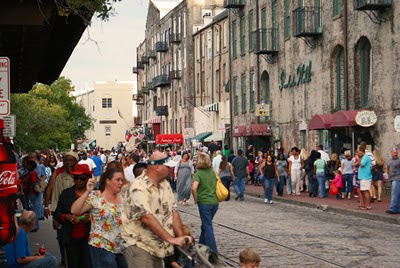 The crowds were HUGE! This is the second most attended show on River Street - "slightly" behind St. Patrick's Day. 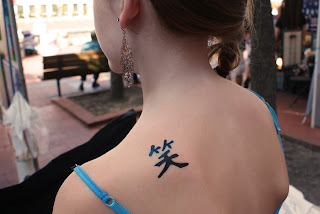 We got with the program and let Jessie fit in better. 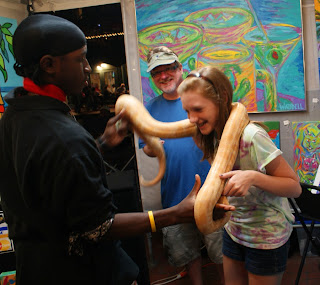 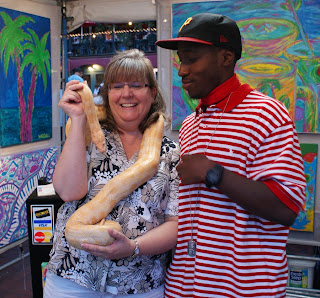 Joan finally warmed up to Peaches too. Jonathan has become a another good friend of mine...and our family. 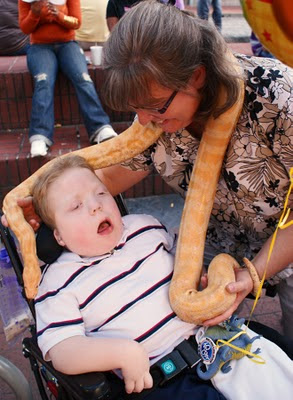 For his birthday Ben meets our albino Burmese Python friend! 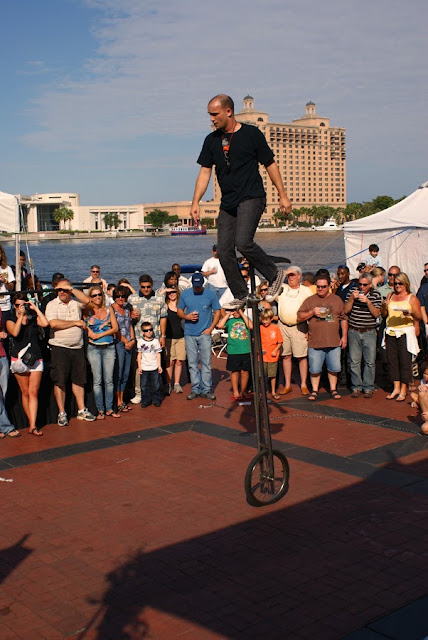 Trick Kelly and his family are some awesome folks. Here Trick begins his street performance on an 8-foot unicycle. 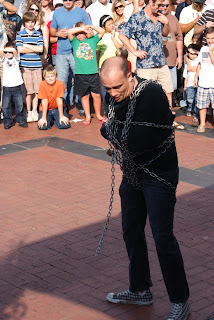 Part of Trick's act is escaping this straight-jacket wrapped in chains. The Kelly and Waddell families are now great friends! This was just another highlight of the weekend. 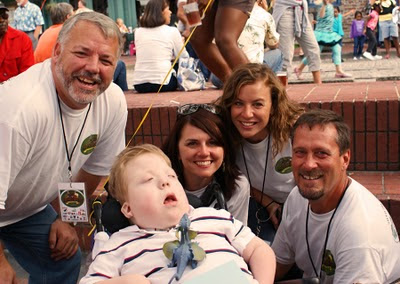 And Ben's "real" Savannah family. Butch, Erin, Allie, and Kenny. I wish I could truly thank them for the experience of last weekend but it would never be possible. Joan rarely allows me to share her thoughts or opinions here but Joan was very teary-eyed in attempting to thank Kenny via me. Neither one of us could ever express how wonderful you guys made our weekend!

Looks like a wonderful weekend, Bennie! I'm so glad, you guys deserved a nice little break!

Wow, amazing Stuff, thanx for sharing with us, keep posting.