I have to acknowledge the inspiration for this year's set. Had it not been for an inquiry by Cynthia B. (the mother of another handsome young man named Ben) I probably wouldn't have even put one together. She has been kind enough to purchase sets each year that we've had them and usually a great many of them! Thanks Cynthia & Ben!

Unlike previous holidays this year I have three brand new images, not just paintings from previous years that I've had to dig out of my old archives. For 2009 I've embraced my "folksy" influences to come up with simplified themes. They still capture the essential essence of what I do which is use bright colors to define the image. All were influenced by the fourth painting of the collection which is indeed my favorite. You'll soon see why... 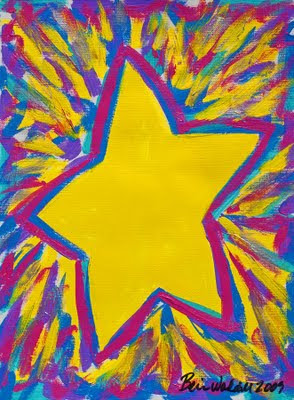 "The Star of Hope" 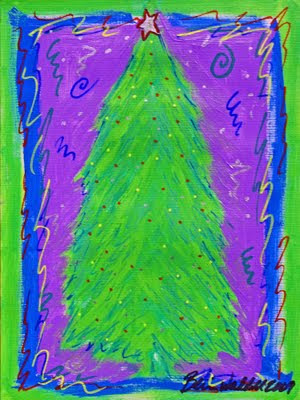 "The Tree of Joy" 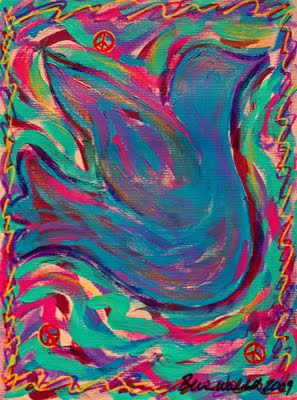 "The Dove of Peace" 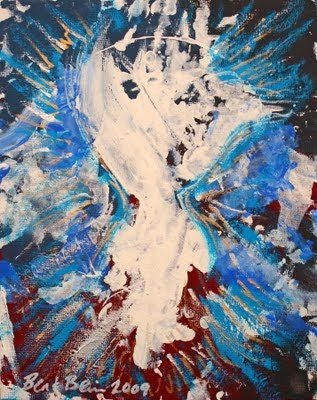 "The Angel of Courage"
Completed last winter, Ben did about 95 percent of the work on this one. This piece was the starting point for the rest.


As always each set includes 4 cards (one of each image) and 4 envelopes packaged in a sealed clear plastic bag. Let me know if any of them will be a gift so I can include a cover sheet featuring each image. All the cards will be personally signed and include a brief explanation on the back with the name of the painting and a little about who we are. Also the insides of the cards are blank.

The same pricing as years past: $12 for a set - buy four sets, get one set free! Shipping is included. Also if you would like to substitute another card for Ben's image then let me know that in your e-mail as well. We totally understand that some folks might not get it and it's nothing personal against Ben.

For orders reach me at benwaddell@bellsouth.net!

PS - The original paintings (except for Ben's) are also for sale. They are 9 x 12 acrylic paintings on canvas paper. $35 for each or $75 for the set of three.

Galleries: Art by Ben and Bennie, Art for Purchase, NaBloPoMo

It was very interesting for me to read this article. Thanks for it. I like such topics and everything that is connected to this matter. I would like to read a bit more soon.