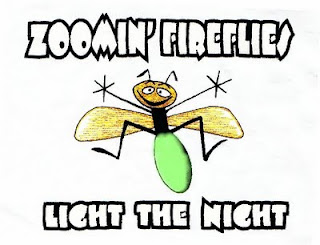 Before I introduce you to these amazing siblings let me encourage you to pass this along in any way, shape or form. My hope is that this blog post goes viral like no other that I've posted. Conner & Claire's parents are dear friends of mine from college days.

Via Facebook we have been reacquainted after many years apart. It was simply amazing to discover how similar our families' journeys after the births of our second children. Lynne (mom) and I often talk about how amazingly mature our eldest became due to the circumstances of their younger siblings.

Conner is once again leading the charge to raise awareness but more importantly money by participating in The Leukemia & Lymphoma Society's Light The Night Walk. At the end of this entry you'll find a direct link to donate money on Claire's behalf. I think you'll be amazed at the determination, strength, and most importantly the love within this family!

The following is just part of their story but I would encourage you to read this first.

Lynne: "Claire is a Leukemia survivor and while that is not all she is, it is a big part of what has defined who she has become. She was eighteen months old when she was diagnosed with her cancer and underwent 2 ½ years of chemotherapy.She never saw it as anything but normal and she will tell you today that she would rather have an IV than a strep test. While she has survived the Leukemia we are always watching to make sure that the long-term side effects of such intensive treatment do not appear.

Just how far have we come? We walked for the first time in the fall of 2000. There were 5 people on our team and Conner set a fund-raising goal of 500 dollars. He raised over 1,300 that year.

In 2001 he began to attend the planning and logistics meetings...as a committee member. In 2002 he began to challenge some of the corporate teams and won. He still challenges and beats most of them. He also began to run the Coke wagon for the walk, no small task for a child of 8.

At the 2004 walk we had thunder and rain but every registered member of our team showed up to walk. In 2005 we thought the weather could not be worse than the previous year but it was. Yet the film crew that makes the national promotional videos came and taped our team for the official 2006 video used nationwide. That year he also publicly challenged the number 2 corporate team saying our team of friends and family could raise more money than their corporation. And we did.

In 2007 the walk site moved and the walk itself was held so early in the evening that the illuminated balloons did not show up, it was still light out. So Conner started an e-mail campaign and got our walk time moved back so we could walk again at dusk. In 2008 we again were the number one team both in funds raised and walkers. Of the 3,500 people attending and the $300,000 raised our team had over 100 members and raised almost 8,000 dollars."

Over all these years Conner has personally done most of the fund-raising for his team. Now he needs your help to make his last goal a reality. This will be Conner's last year raise funds for the walk. His goal? To be able to say that his team, a small tightly knit group of friends and family, has raised over 100,000 dollars for cancer research. If Conner were to achieve it the accomplishment would take place before this young man, amazing brother, and shining example to other young people has attended his first day of high school!
To reach Conner & Claire's fund-raising page go here.
Information about the national campaign can be found at Light the Night's website.
To find out more about research, the search for a cure, or just to check out facts go to The Leukemia & Lymphoma Society's page.
And Conner, you already have a bunch of folks here South Carolina rooting for you!

and in Arizona! Go Conner!