How Bennie Got His Groove Back 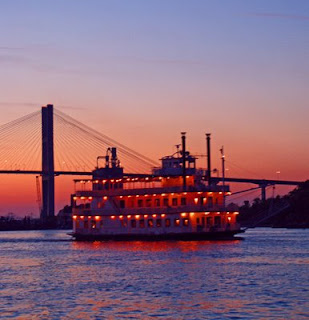 This is Part One of what I expect to be a three-part blog series. Unfortunately, despite my good intentions, time did not not allow blogging from the road. I did have some opportunities that might have allowed me to do so but I instead took that time to hang out and meet some new family members artist friends who you will get to meet in Part Two.

In my honest opinion this was a "crossroads" weekend with a bunch of questions answered. Do I really want to work this hard for my job? Are you willing to be away from your family for a lengthy stretch of time? Does heat exhaustion and sunburn give you a good reason to point a middle finger to the sky? The resounding answer was "Yes!!"

The Savannah Fine Arts Festival ended so very fine; not just for me but for many of the other artists as well. Most of us artisans needed to know that art and fine craft is still celebrated in our nation. More importantly we needed to find out if the economy is truly making a comeback. Indeed if the next few shows coming up are anything close to this past weekend's then we're on the right track.

Despite weather conditions more like July than late April shoppers in Savannah acted like voters in Chicago: they came out early and often! Another good sign was the fact that there were plenty of tourists in town all four days of the event. All I can say is thank you Kenny, Felicia, and the Savannah Waterfront Association for hosting such a fine event.

Oh yeah, one other bit of news from the weekend that is somewhat noteworthy. See that image just below this post? The one showing the new little "mixed media" idea I'm starting to use? The abstract view of the Savannah skyline? It was chosen as the official design for the 2010 Fine Arts on the River, featured on t-shirts and any other advertising done for next year's festival. Oh how groovy it feels to have that groove back!

You are going to have to buy a t-shirt for me next year--I want one!!!

P.S. Did you sell the original canvas?

This makes me VERY happy.

How cool is that? Completely freekin' awesome, say I.
They made a very good choice - worthy and all that.
Keep up the good work!

Yes, I sold the original to a family in Atlanta - they bought another original for their beach house which they were visiting. No pay for it but I should get a rush seeing it next year on the billboard that this year's ad was on...and the posters splattered all over town...and the full-page ad in the Friday newspaper.

Hooray! Congratulations! I know you needed that and certainly deserve it.

I love it. I hope this is a sign for things to come...