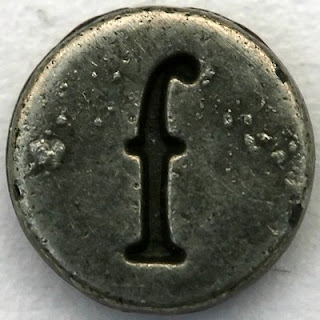 Today's Blog Post is Brought to You by the Letter...

That could easily be the summary of the seven days that have passed since I last blogged. A week ago yesterday Jessie left for school with a fever. My hard-headed scholarly child was bound and determined to complete the standardized testing that will determine whether she moves forward to the seventh grade next year. Never mind that she could have made these tests up at a later date. By God she was NOT going to have these tests hanging over her pretty little head more than she had to. Truly I still wonder if this is my child. The Great Procrastinator would've gladly pushed them off until the middle of the seventh grade - better yet, sometime during senior year of high school.

Not one but two days did we send her off with a temperature of over 100. At 11:30 last Wednesday morning a nasal swab confirmed what we already thought: influenza type B. Very contagious according to our pediatrician who fully expected anyone we'd been in contact with the previous 48 years to suffer the same. Perfect! After nine years of religiously getting flu shots, the one year everyone but Ben doesn't get one, flu runs amok at Jessie's school.

After filling ("f" word) prescriptions for two does of Tamaflu I take Jessie home, put her to bed, and watch her sleep for the next 5 days. For some reason we were fortunate - fate (look, two more "f" words in a sentence) shone upon us and only yours truly caught the last train to Flu-ville.

If that wasn't enough to pepper our week with misery, Joan's busy season at work has peaked about a month earlier than usual. For lots of privacy issues I'm not allowed to discuss specifics but let's just say it has something to do with investments. Recall that the stimulus plan passed last week? Let me just also say Joan was quite possibly regretting her vote for a certain presidential candidate. And let me finally say about Joan's job that certain new financial regulations in that stimulus package which have to be implemented before April 15th might leave my wife seriously considering hari kari rather than showing up for work tomorrow. Honestly the alternative of laying in bed with a fever of 102 at times looked mighty inviting to my dear wife the past week or so.

And to top things off, as if pandering to the "f" word wasn't enough, consider the the four letter "S" word: snow. Oh yes, the long awaited month that marks the birth of spring has arrived! The awful cold dark wintry month of February is finally over! The shortest month that passes like an eternity has made way for the part of the calendar when we anticipate flowers ("f" word), fauna ("f' word) , and fair ("f" word) weather! How do we usher in this blessed month on its very first day? Six frigging (guess?) inches of frozen precipitation. Did I mention I've been in a bad mood? I won't even include how I tripped and fell (sigh) last night carrying Ben from one room to another.

So at the encouragement of my stay-at-home wives (Joan insists someone keep an eye on me), Lynne and Gretchen who live 8 and 12 hours away from me respectively, have made it clear I need to start blogging again. That of course means I have a great deal of reading ahead so that I can catch up on your lives as well.

One positive from all this is that I've finally gotten my sore behind in gear and spent some of my down time in the studio. Quite frankly (anyone used to this yet?) I'm really thrilled with the half-dozen paintings I've started. Hopefully I'll have some new things to share with you in the coming few days. In the mean time I hope all is well with you, please forgive (hrrumph!) my potty mouth, and know that I haven't forgotten (had to squeeze in one more) you.

Hooray! You live! Can't wait to see all the work that your downtime has produced. :)

I knew I hadn't dreamt you.

I was beginning to worry about you.

Here's another F for you. Feel better!

It has been a crazy time here too - think it's a trend, or just the season for insanity?
Hope things settle down soon for ya'll - you've earned a rest!!