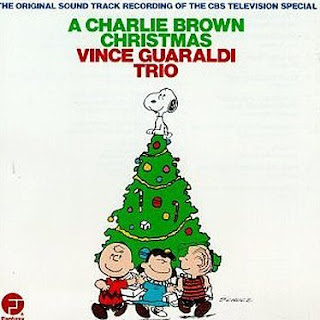 Last year about this time I listed the worst 10 Christmas songs of all time as voted by me. Having listened to just about every Noel ever written over the past two months (one local station started on November 1st - I kid you not) I think I have a clear idea now of what is still quite tolerable along with the the jumble of notes that make me change the radio station in a nanosecond. So this year, rather than gripe about how many times "Baby, It's Cold Outside" has been covered (for God's sake, it isn't even a Christmas song - it's about some dude trying to get into some chick's pantaloons) I'll share my personal favorites I enjoy during the season of smells & bells. In no particular order except for the last one here are them:

Celebrate Me Home by Kenny Loggins. Yes, I grew up in the 70s so I'm biased toward the music that I groped and necked to in the backseat of my 1977 Ford Thunderbird. It was a lot more fun when I had a date.

Please Come Home for Christmas sung by The Eagles. The one Eagles hit never released on a compilation album. I still have the 45 with the awesomely cool "Funky New Year" on the B-side. Some of our blog readers are going to have to ask their parents what that last sentence meant and if it refers to weaponry.

Where are You Christmas? sung by Faith Hill. I'm all about being a Grinch this time of year so I need the wonderful voice of Faith Hill to bring out the Cindy Lou Who in me.

Have Yourself a Merry Little Christmas sung by The Pretenders. There were no suitable videos available so this is James Taylor's version which is pretty darn good. But he's not Chrissie Hynde...the woman of my dreams. Sexy voice...still looks good in tight black leather...she's special (so special)! As an aside the best concert I ever saw was at the Fox Theater in Atlanta - Flock of Seagulls opening for Chrissie and mates.

Little Drummer Boy sung by Bing Crosby & David Bowie. Whoever had the bright idea to pull this out of a storage closet in some studio in Hollywood a few years back should be running the studio. This was an absolute brilliant collaboration between two of the most fabulous crooners of all time. As Bing says, it's a beautiful thing.

Same Auld Lang Syne by Dan Fogelberg. I miss Dan. Too bad he got labeled a "balladeer" back in the day. Fogelberg was an incredible guitarist and played folk music in the mid-70s. Only Paul simon was still pulling that off. The guy had a way of telling a great story in front of a great tune.

Christmas Time is Here by Vince Guaraldi Trio. Any Chuck Brown music takes me way back to our home on Dickens Lane (how ironic). I got one of my most treasured presents when we lived there, straight out of the Sears Catalogue: a Minnesota Vikings replica uniform. I still have the helmet.

It's the Most Wonderful time of the Year sung by Andy Williams. Perhaps the 2nd greatest voice of all time. I'm not a big fan of New York city but when I hear this I want to be skating at Rockerfeller Center after a day of shopping on the town.

White Christmas sung by Bing Crosby. We in the south can only dream about this. Ironically my brother Cameron has experienced this twice while living in two of the least likliest places to get snow on Christmas: Beaufort, South Carolina (1989) and Baton Rouge, Louisiana (2004).

The Christmas Song sung by Nat King Cole. The greatest Christmas song of all time featuring the greatest voice of all time. I still have a hard time believing Mel Torme wrote this. Me and my brothers were not allowed to approach the Christmas tree until Mom had put this album on the stereo. Essentially this song was the signal for "Drivers, start your engines!" on Christmas morning.

So there you have it...my list of caroles and celebration songs. Tell me about your favorites either in a comment or your own blog post. Just be sure to link back here and leave a comment so I know to visit you.

Andy Williams tops my list thanks to my mom who had ALL of his albums and for her, to decorating could begin without Andy on the stereo.

ohhh man, you picked some awesome songs. celebrate me home, please come home for christmas and same old lang syne are really special songs to me... (especially the last one) dan fogelberg was amazing, and i am sad he is no longer here with us.

I was JUSt telling my friend yesterday that Celebrate me Home is my favorite Christmas song!! We must be kindred spirits.

I'd like to add God Rest Ye Merry Gentlemen by the Bare Naked Ladies and Sarah McLachlan.

I can't even begin to discuss this. I have more Christmas music that you can shake a stick at. Let's put it this way: I have 39 versions of Silent Night.

Dar Williams: The Christians and The Pagans

Oh holy night by Josh Gorbin gets me every time!

Harry Simeon Chorale's Halleluiah Chorus. It's not beautiful like some do, but it feels like a Halleluiah should!!!

I know you hate it, but I love Mariah Carey's All I Want for Christmas Is You. It always gets me up and dancing!