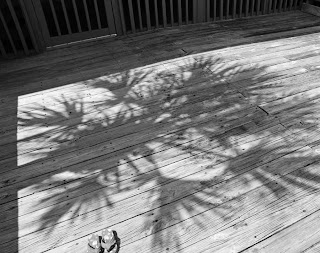 “Fear has a large shadow, but he himself is small.” Ruth Gendler

This will be an incredibly difficult entry. I've actually known I would one day write it after I began blogging almost two years ago. In all honesty the subject of death is not a sexy blog topic. Smiles, laughter, family events, pictures taken on vacation, humorous adventures, and even sex itself will always top that list.

And honestly I'm not at all trying to be morbid. This is an education folks - for you and me. Essentially the next few paragraphs will be an explanation, an apology, and one of the deepest insights into living with an exceptional child.

All of us will one day face The Reaper. Death obviously is inevitable and ironically a part of life. almost all of us will make some kind of preparations for it by writing wills and purchasing insurance. It is the prudent thing to do particularly after offspring begin to occupy the household. What no one can prepare for is a child preceding the death of a parent.

The age of that child does not matter. A parent should always meet their maker before his or her son or daughter. That is the way things should be. But "should be" is much different than "reality." Reality is that life can be cruel and unjust through our somewhat tainted human vision and shallow understanding of the universe. As parents, all of us worry from time to time about our children. There are many things under our control that can protect them from danger: fastening a seatbelt, strapping on a bike helmet, even setting parental rules on their computer as they do as we all love to do - surfing the net.

But there are fates beyond our control. Illnesses, accidents, even natural disasters occur and as much as we'd like to step in their way and take the brutal outcome from them, it just can't be done. Unless you live in a bubble everyone of us has been touched, moved, saddened, or even threatened by the cruelest of tragedies.

There is one difference though between parents of "normal" kids and those like us - parents of a special needs child. And this is where the understanding part needs to be explained. Not one day has passed since Ben's birth that I have not wondered if this would be his last day on Earth. And every time I've opened up enough to reveal this to another exceptional parent I always get the same response, "me too."

The reason is that our children are just "wired" different. This is especially true for kids with neurological disorders - like Ben. We can see the wiring analogy at work each and every day. There are days that Ben's anatomy is clicking on all the cylinders he's been given. He responds to interaction like he is supposed to. He works hard in therapy to reach the goals set before him. he smiles, he laughs, he acts like an 8-year-old.

The very next day though the "switch" might be thrown. You can literally see him trying to make his brain work through the quagmire of short circuits that now intercept the signals trying to reach his hands, feet, legs - even his vision and hearing are occasionally interrupted. And it is at those moments that we pray really hard that the signal to his heart telling it to beat and the one to his lungs telling them to breath aren't turned off. And that does happen, my friends. We not only know of the stories, we've actually witnessed it during one of Ben's PICU visits.

Now before anyone decides to throw a pity party for us let me say, don't! This is just our way of life. In all honesty we're fairly used to this by now (I think). In fact it is truly a good thing because we put full face value on every day we have the pleasure of both our kids' company. Now...this is the apology - the portion that is both confession and a deeper look at why we've made the decision we have made...up until now.

Sorry but you'll have to come back tomorrow for the rest. I'm exhausted from writing this but I promise to finish it up later this evening and post it tomorrow.

You okay? Did something happen? Prayers to ya...

Oh Bennie. I know exactly what you are saying. I know the fear and yes, "me too." I always say to Jenelle, "I want to love you and hold you and keep you forever." But I realize forever isn't reality.

This summer has been a hard one for my small special needs community in that we've already lost two. I pray that Ben is not the third. Like you, I realize it is inevitable, but please just not today, or this summer, or this year.

Sending prayers and hugs to you. And hoping for the best with your next installment.

I should've explained a little more. Ben is perfectly fine (except for some side effects due to his beginning Kepra for the siezures) so no need to worry about us.