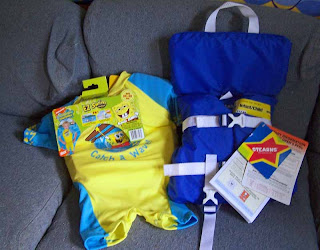 While the Cats are Away

The girls are on their way to the final dance competition of the year leaving the boys in charge. It's a bachelor's weekend! Me and Ben are all set for a few days of partying. The beers are in the fridge, the pizza delivery guy is on speed dial, and manly man DVDs and baseball are just waiting to be watched. Who knows? I might dig through my closet to see if I can locate my old "black book (actually it was red)" to see if I can conjure up some hot dates for the two of us.

Well the truth is that I've discussed things with Ben and he's content to just lounge about in the studio while I prepare for next week's festival. However we do have one sneaky bit of business we're planning to get away with: Ben's first swim of the summer. So far the heat has affected the chemicals in the pool and made the water a tad cloudy. Add to the fact that Ben has outgrown every swim ring he's ever owned and too big for a new one, the protective mother hen has nixed every attempt to put the boy in the pool.

Well Dad did a little shopping after the women-folk left town. Wally World had two perfect solutions for the boy's buoyancy. On the left is Ben's new Sponge Bob swim suit with built-in foam padding. On the right is your standard Coast Guard approved life vest for those times Ben doesn't want to work on head control. Viola'! Pool bums by day - artists by night! I even picked up a new bottle of sunscreen. I think it's something like SPF 250... 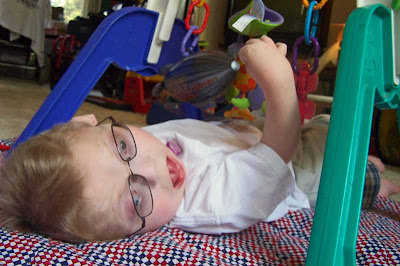 Ben contemplates what to do on during Bachelor's Weekend. 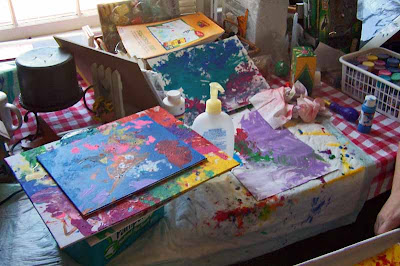 This is Ben's "studio." It's just about as messy as Dad's. 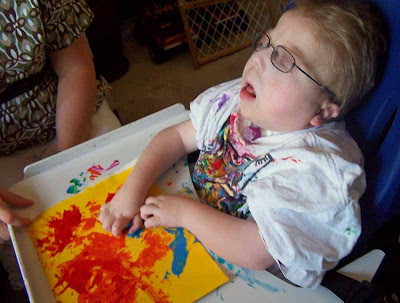 The artist at work. 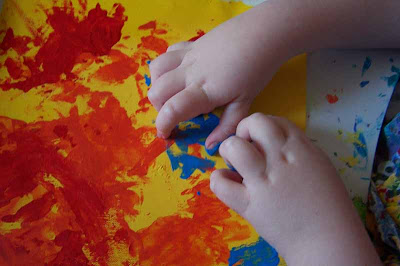 Note how delicately Ben's fingers are working. This has been wonderful occupational therapy for his hands. 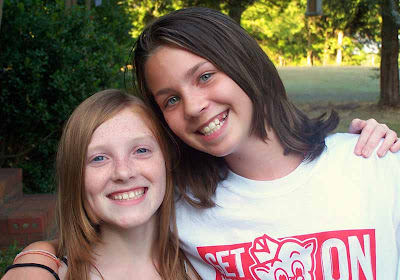 Jessie models her new doo along side her BFF, Bailey. Bailey accompanied the ladies to Charleston, SC for the weekend.

You go boys! Have fun and I hope Joan enjoys the break!