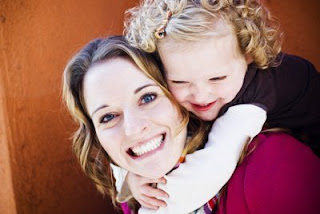 Things are going fairly well for our family at the moment. We're in debt above our eyeballs and unless we hit the lottery or either one of the two Bens becomes the next Jonathan Greene we'll remain that way. Our house is a wreck. Gutters need to be replaced, carpenter bees have made our wooden windows neighborhood gossip catchers, and then there's that warped vinyl siding issue above the garage.

Oh yeah. The garage. The place where we used to actually keep two vehicles. It is now full. Of stuff. Lots of stuff. Stuff like hunting and fishing equipment I never use anymore. Stuff like a treadmill that doesn't work. Stuff like all the crap I stuff into my van when I'm heading to an art show. I know I don't have to explain "stuff." You got it. We've got it. Everybody's got it.

And then there's the yard. Oh. My. God. I used to have a green thumb. More than likely it's lying under the poison ivy out by the pool...which is filled once again with leaves deteriorating at the bottom of it since we neglected to cover the thing up once again this past fall.

Did I mention that Saturday is my first art show of the year? First Saturday on Savannah's waterfront on March 1st. That my friends is why I haven't been visiting your blogs very often the past two weeks. I'm trying to welcome the new year of selling art with some new ideas. Tomorrow will officially kick off the annual Meltdown Extravaganza Due to Little Amount of Time to Prepare for the Show Even Though I Had the Last Three Months to Do So.

Why am I telling you all of this? Because my friend Casey of Moosh in Indy was brave enough to talk about her experience with depression. She really went into detail last fall (November I think) about her battle. And indeed it is a battle. Winter is very tough on me and Joan. We crave those long sunny days of summer when we can sit outside at 9PM and still see the sun shine.

Neither one of us were like this when we got married. We both are now aware of the many things that made us ill. In fact our family business that we "sold" a few years back was the root that became a weed that Round Up could never kill. Just ask my mom. The woman who is my best friend caught the illness as well. My mother, who can make you smile in the darkest of darknesses, has suffered from the "D word."

We are all fortunate to have survived . Unless you've been through that experience (and I pray you haven't) you'll never know how dark things can be. For the first time last weekend I shared with Jessie my experience during the summer of 1995. Early August of that year I seriously considered suicide because I could no longer live how I was living. I wanted Jessie to know that if she ever felt that empty inside there is a way to restore the joy she is feeling right now.

I still have a story to share sometime down the road. I want to share it because hopefully someone reading it will know where and how to find help. And Casey, thank you for being brave enough to share your story. It makes all of us better people to know that a smiling face doesn't mean there's a beautiful place in one's heart.

For the record I despise Casey's perfect teeth.

Where the heck have I been? I've missed so much here at your blog.

I HATE you have the creeping crud - my youngest has had it for two weeks now, off and on. The best thing I can say about it is, at least he's improved on his aim(s)!

I SO am with you on the home improvement front - we actually took down our gutters because they were more trouble than help! I'm so cheap about replacing my ancient windows, I learned to glaze so we could put it off. Of course now, I put off glazing!

Are you coming to ArtSpace this year? I want to come see you if you do!

Prayers for ALL suffering any form of depression. I have problems with it myself and it sucks.

The house? Yeah, sounds like ours. As does the yard and the debt.

Hence the depression. Or vice-versa.

It's an ugly circle

Thanks for posting that - actually, I just closed the door behind the guy we had here to price for new vinyl siding on our house. I'm still laughing...no way on earth will we be able to afford that. Ever.
The triple garage that was going to be my studio? Filled with junk nobody ever needs, but I have to take care of all the time just so I'll be able to walk in the door.
The yard? Family members have planted trees that I get to water, with the watering hose that's a pain in the rear. And of course, anything remotely weedy is mine as well. I almost feel like a millionaire. Except: I'm not. Ever.
So keep on hanging on - life is fortunately more than $$, more than messes, and more than delapidated houses. Right now I have a cute 14 year old kid beside me - best thing in the world...

you need to have a yard sale. ya think?

we sat down this past weekend and looked at financials...GOD help us. It's such a horrible time for everyone I think...it's gotta get better. It can't get any worse, right?

Depression is so insidious--- like you I long for spring. I need to see things greening up. I hate that feeling where everything just looks bleak, no matter how colorful it is.