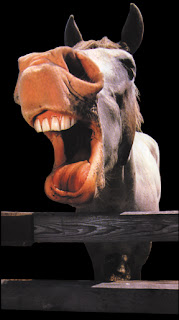 
As always a tip of the hat goes to Creative-Type Dad for fleshing out the idea long before I stepped foot into the Blogosphere. Fortunately for me this month's version doesn't feature too many fleshy parts to weed out. The parts that seem fleshy are just too fleshy for my imagination. Following me yet? I didn't think so.

So without further ado...or the mention of doo-doo, let's begin. By the way, many (and I mean many) years ago my mom washed my mouth out with soap for saying "doo-doo." Given that Ben is feeling better and in all likelihood we will join my mom at the beach tomorrow, should she wash my fingers in Palmolive? It is something to consider.


1. "dad giving his son an enema" - Speaking of doo-doo this was a surprising discovery. Almost as surprising as what I about stepped in while getting out of bed this morning. It seems a certain chihuahua named Blaze might be getting an enema much sooner than my son. Why on Earth any person would give another an enema is way beyond my imagination and I have an IMAGINATION. I'm thinking the son had a foul mouth and dear old dad was performing a modern-day version of washing his mouth out with soap (PLEASE...nobody tell my mom about this).

2. "singing Dominick the Donkey plush toy" - Had I received this as a Christmas gift I would now consider you a mortal enemy. Mortal as in I could easily hire someone to give you an enema. In fact I'd rather have have an enema given to me by my ex-wife than hear that awful song again.

3. "Cattle prod song to Silent Night" - I'm thinking the night wouldn't be so silent in this scenario. The words "instant enema" come to mind. I do realize that this has something to to with Cartman's character in South Park butt....er...but my imagination carries me away. Perhaps this was the inspiration behind Barbara Streisand's Christmas album?

4. "Miss Possum Kingdom" - There is actually a place known as Possum Kingdom about 30 minutes southwest of our home. It is due south of Due West and due west of Sugar Tit. Pumpkintown is about an hour northeast of The Kingdom. I am thankful I have never met the title-holder of any of these locales but my guess is this young lady might be her.

5. "father thinks his son is too short" - The obvious question comes to mind. Exactly how many enemas did you give your son? The answer would be too many.