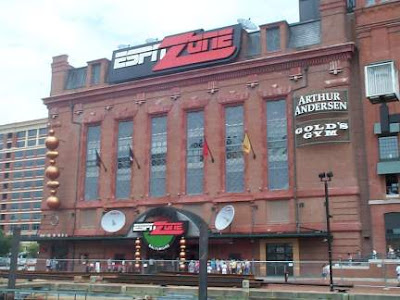 
Most of you have now noticed the advertisements to your left as you look at the screen, unless you’ve had two of my homemade Redneck Martinis then that would be two or three turns to the left. And if you are in that condition then it makes me wonder why you’re looking at a computer screen at all and not looking at the bottom of your porcelain access to the sea according to Nemo. I digress.

For the record there is no such thing as a BlogHim Conference…at least yet. Hence the reason for this blog entry. Evidently the BlogHer Conference of 2007 was a “party out of bounds” (tip of the hat to The B-52s) with women folk descending on the Windy City back in the summer and turning the place into a Blogosphere all its own.

For the record BlogHer is a most excellent organization that provides blogging tips and ideas for mostly women bloggers (hence the name – duh – clever one I might add). Anyway some very wise person at BlogHer recognized the growing number of males bloggers that are stay-at-home-dads (SAHDs). I was one several SAHD blogs asked to advertise for them and join the many stay-at-home-mothers (SAHMs) who are the core of their membership.

The fact that I sent them a half-dozen Redneck Martinis (read Mason jars filled with something my mountain friends concocted) should not be factored into their decision in regards to the invitation and inclusion of our blog. I’m certain they are wonderful ladies of fame and notoriety who probably sipped their way very politely during the “weeding out” process. They should not be held accountable for making such a huge decision while making two or three turns to the left while trading stares into the abyss of modern human literature. I’ve always felt that our blog is best read while in a semi-state of unconscieneness. I digress again.

Anyway, BlogHer has held a nationwide conference the past couple of years. In 2008 they will actually travel to several regional places in the United States. My guess is that they’re traveling south next year to find the actual source of the Redneck Martini. I could be wrong. That has happened once or twice in my lifetime.

My point is that the good ladies of BlogHer need to have a BlogHim Conference to make us SAHDs feel just as special as the SAHMs. I just don’t think the usual seminars would work. Topics like discussing a vajayjay on-line, or how to pamper yourself at day spa, or discussing breast-feeding in the Blogoshere would be right out in my humble opinion.

This is how I’d plan it:

Use these suggestions ladies and I can guarantee an amazing success! Now if you will excuse me I have a diaper to change while I set the TiVo to record something on The Lifetime Channel.

Somebody's back in the saddle!

OMG, Benny...it's much too early for me to be laughing this hard, but alas...I have stitch in my side at 8AM...thanks for that!

Count me in. Now if only I could get my wife to let me come...

you seriously need to pitch this idea to those ladies at blogher. i'm more of a social person and not a person who wants to sit around in a conference room discussing ways of making money on my blog etc, so if it's okay with you-i'll hang out with the guys and spit and scratch my ass and drop the fbomb if that's okay.

get back to me. this sounds doable.

LOL. Very funny. And you know, there were several of you SAHD types at BlogHer. And free drinks, I think. I can't remember all that much. Haha!