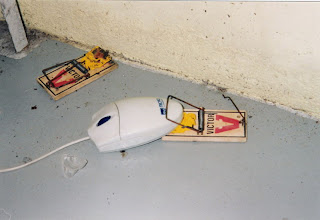 
In honor of receiving a major award from Creative-Type Dad I’ve decided to post another round of phrases some folks (aliens, inmates, Catholic priests maybe) have typed into Google which led them here to our family blog. I think it’s the right thing to do since I actually stole the idea from him. If you haven’t read his most recent list you must do so now. Evidently he has a new Hawaiian reader.

As for me and Ben, well let us just say there are some pretty interesting people (aliens, inmates, Catholic priests maybe) surfing the internet.

“doctor cocks meets nurse vajayjay movie” I almost spit my drink out at that one. As it is, I almost choked. Hahaha. Good stuff, Bennie.

Maybe not the present part.

BTW, how do you find out about the Google search entries?

redneck rendezvous - I've never heard of that.
Next time I'm in the area I'll bring Pineapples

Joe - go to your site meter and look for a link called referrals. You'll get a list of how visitors reached your blog. The ones you want to look at are the ones that have the word "search" right after Google or Yahoo's address.

the whole redneck rendezvous cracked me up. you're such a dork. i'm still crackin' up...local beer, bait and ammo supply store. that is like the truest thing i have ever read...ha!