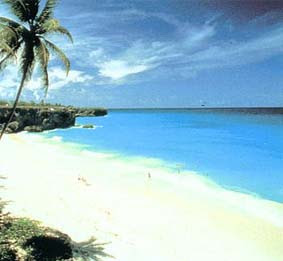 Thanks to my good friend Christy Buchanan I have an opportunity to compete in an interesting art contest. Since the deadline is in ten days I thought I'd better get to work on the paintings. The trouble is I'm not really familiar with the premise behind the subject of the competition. At least I wasn't until I spent the greater part of the day researching it. What I found was an incredible historical connection between the Caribbean island of Barbados and South Carolina which is good thing since the competition is called Connection: Carolina & Barbados.

Over the years I've found that those history classes back in school left out quite a bit of information either as a matter of convenience or ignorance (or both). I've taken great pride in my (thought to be) knowledge of South Carolina history and its leading role in colonizing these United States. So as a life-long resident of The Palmetto State it came as a shock to find out that our original colony of Charles Town was populated not by immigrants via England but by Barbadians with a few Englishmen tagging along for the ride!

All in all I spent about 6 hours today researching the subject via the internet. Here's a summation:

Tomorrow either myself or Ben will fill you in on his big day at school yesterday. There were a couple of funny things that occurred that you won't want to miss. Now I'm going to spend the rest of the evening watching football with Ben...and dreaming about warm winter nights in the tropics watching snow-covered football fans in Ohio on the TV.

I don't want to go to any island, but I hope you win and one day visit Barbados. Something about going to some place surrounded by nothing but water freaks me the fuck out. Dunno why.

Can't wait to hear Ben's story. Hope he had a good week at school.

Football in the shoe baby!