A Life Without Regrets 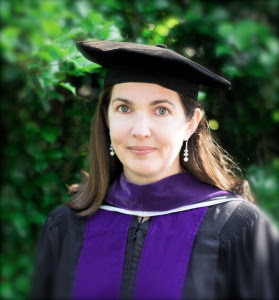 There really is no such thing.  That point was made so very clear via a farewell to life in a blog post written a few weeks ago by a friend from my past. I had no idea that she was sick even though we shared quite a few friends on Facebook and quite frankly I don't know how I would've responded since we hadn't seen or even heard from one another for close to two decades.  I'd like to think we would've rekindled our friendship...that she would've gained strength and courage knowing Ben's story...that I would've (like so many others) been there for her in the end.

I do know that through her words after death I have learned something new about regrets and failures: they are as much a part of the human experience as success, learning, growing, and most importantly love & forgiveness.  This is an e-mail I sent to several close friends and family today.

"I'm not so certain where to begin here so I'll start with the fact that I received news via Facebook of the passing of a once very good friend this morning from ALS.  Vi Riner graduated from Eastside the year after I did (1981).  She was in the same class as my first wife and so I knew her fairly well.  In fact we went out a couple of times my senior year. Two things would prevent me (and I'm certain Vi as well) from becoming anything close to serious with her:  first, she was taller than me and second, she was "high-maintenance" (only child). Relationships with two high-maintenance personalities rarely end well  Like most classmates from high school we gradually lost touch over the years.
I ran into her during the Waddell Painting days when we were asked to give a quote to paint J.L. Mann High School's gym.  I guessing this was around 1996.  As I was taking measurements I asked a student about finding someone to open the locker room areas for me.  I watched as the young lady walked to the middle of the gym to interrupt the coach of the girls volleyball practice. The woman raised up a finger in gesture to suggest "give me one minute."  I nodded and went back to note-taking.
A few minutes later I heard someone approaching so I turned and found myself staring at Vi.  I recall thinking with my shallow brain how she could've been a successful model given her looks and height.  At the time she was teaching English there along with coaching the girl's basketball and volleyball teams.   Over the next half hour or so we caught up with each other while exploring the smelly gym locker rooms and basement of that ancient facility.  We discovered that we both had several mutual friends, that she was in the middle of planning a wedding, and that we most definitely planned to keep in touch in some form or another.
That would be the last time I would ever see her again.
Over the years (particularly in more recent ones) I've learned about the deaths of friends and classmates from days gone by.  There have been maybe a handful that have affected me enough to give me pause from the day to day activities of life; essentially they are forgotten until a reunion rolls around or I run into another mutual classmate. For some strange reason today's revelation has been different.  I have been unable to get it off my mind.  In fact I have spent the better part of my day trying to find out more about Vi's death.
What I discovered was far more important than ALS (an absolutely suck-ass disease with symptoms that could very well determine Ben's outcome), her suffering, and her death.  She kept a blog over the last 27 months of her amazing life and closed it with her own farewell...her own obituary.  Quite honestly I am blown away in its honesty, wisdom, and beauty.  In fact it is probably one of the most profound things I've ever read.  It is a testament telling us how we should live despite the circumstances we come from, where we have found a safe place, what we may have been taught, and waht to do when life completely sucks.
It is quite obvious in her final lucid thoughts that she is not only addressing her loved ones, her former students, and her former mentors; she is addressing all of us.  I truly apologize for the length of this email (and her blog post is quite lengthy as well) but I want to share this with each of you because every one of you have been my family, my loved ones, my mentors.  Ideally I want to share it on Facebook but as you will discover Vi shared an almost identical ideology as I do in regards to the "important" issues of life.  Should I post it via social media there would obviously be some disgusting backlash that would tarnish the message she has for all of us.  Please share it with all who will listen.  Personally I would be so frightened to leave life in this manner yet it is the most probable way that Ben might exit this life.  It reaffirms my belief that Ben knows his days and is using them wisely.  He is also uniting the world without the academics or even the beautiful voice of Vi's."
One Last Time