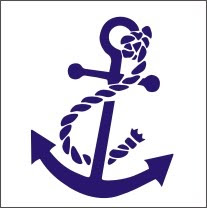 This is a reprint of my monthly column at Hopeful Parents last week.

Labor Day 2010 and a day off from work for my wife, we sat on our butts all afternoon watching a Discovery Channel series on TV. It was an incredibly beautiful bright sunny day with temperatures about 10 degrees cooler than normal (a wonderful break this time of year for those of us living in the Deep South); a perfect afternoon to hike, bike, picnic, swim, stroll, or cookout on a national holiday. Yet my wife and I lounged on the sofa with our son immersed in a story about a group of adventurers attempting to scale the highest peak in the world. There’s a reason I’m confessing this but I’ll get to that momentarily.

Several years ago I got the opportunity to see the legendary comedian Gallagher. He’s the short partially bald dude who has a penchant for smashing watermelons. Gallagher’s routine is always built around using a bunch of props - he always has this huge chest filled with all kinds of objects he uses as he tells jokes. The particular show I attended he discussed having kids. Looking out at the audience which included some young married couples he asked, “So any of you thinking about having kids?” The comedian turned around, reached down into the trunk, pulled out a rope and tied it around his waist. He then reached back into the container, picked another obviously heavy item, and threw it onto the floor. It was a boat anchor. “You want another kid after that?” Shortly afterward a second boat anchor lands on the stage.

The brilliant analogy really didn’t have its full impact upon me until the first time we carried our typical daughter to the mall. Jessie was just a few weeks old when mom and I began to get stir crazy. It was mid-winter so a little stroll around the block was out of the question. We got the bright idea to do the next best thing – take a stroll around the local indoor mall on a crappy winter Saturday. I can still remember how shot our nerves were after feeding and changing the diaper of a few-weeks-old baby while maneuvering a stroller carrying our child and other assorted accouterments around a crowded shopping arena. Due to that stressful experience I’m almost positive we didn’t carry Jessie out in public again until sometime around her second birthday.

Like everyone else I have a short list (actually it’s probably a little longer than most) of things I’d like to accomplish before I depart this life. Climbing to the top of Everest is not on it and never will be after watching the efforts of that 2006 expedition yesterday. Personally I’ve never considered or thought about the environment, conditions, dangers, and perils one might face to accomplish such a feat. Joan and I were absolutely blown away by the stories of those folks, some of whom paid tens of thousands of dollars to make an attempt at the summit. In the end only two (including the first double amputee) of the initial group of eleven made it to the top. Two of the group members had to abandon their climbs just a few hundred feet from their goal. On the final ascent the documentary showed several dead bodies of climbers who paid the ultimate price for the experience of standing atop Everest and in fact, the group encountered one dying climber from another expedition on their descent. All of the climbers returned home bearing scars and wounds from the adventure.

As much as we exceptional parents would like you to accept our kids into the world’s typical environment we are not so crazy to actually believe they are just like your kids. In fact we will go so far as to admit that we sure as hell would love for our children to be just like your child – healthy, whole, growing, learning, advancing, progressing toward a “normal” life. I mean really think about it for a moment…none of us wanted to be a part of this attempt to climb “Mount Neverest.” What sane set of parents sits around planning their pregnancy hoping for a broken baby who might be missing fingers, toes, teeth, bones, hair, brain matter, or the potential to remain a baby in an adult body?

There’s a huge difference between those climbers scaling Everest and those of us caring for an exceptional individual. Their expedition was not only desirable they were well-prepared for what they would most likely endure. Climbing Neverest is the complete opposite. In fact I’m not really certain Mount Neverest actually has a summit.

So what about those anchors we’re toting along as we battle frostbite and oxygen deprivation? That knowledge is the key in understanding the reason my wife and I sat on the couch yesterday watching a group of individuals nearly kill themselves trying to reach the top of the world. Gallagher ultimately fails to point out that those typical “anchors” eventually lighten up and completely dissipate in weight and density (at least most of the time). On the contrary exceptional “anchors” become larger – they actually become so heavy that at times they are impossible to move.

Earlier I described that first trip out of our home with Jessie. Looking back it really was a piece of cake particularly in contrast to Ben's first trip to the mall with wheelchair, oxygen tank, pulse/O2 monitor, feeding pump, and bag full of medical goodies in tow. For those politicians and appointed leaders who want to cut services for our special needs children, they should first be required to push an "ambulance" on a wheelchair around a crowded mall during Christmas season. And so on a beautiful late summer day it becomes easier to sit on the sofa watching television rather than make preparations and pack up the van just to carry Ben to the park.


So what’s my point? It can easily be summed up in one word: HELP! Special needs parents share yet another common thread. We cannot do this alone! For a long time (almost 11 years now) Joan and I thought otherwise. In recent weeks it has been made plainly clear that we had almost waited too long to ask others for aid. This was a very humbling and honestly humiliating discovery which nearly cost us our marriage but we were pleasantly surprised at how many of our friends, friends of friends, and in some cases complete strangers wanted to help. The problem? Most people don’t know how to help.

For the most part we've become something we swore we'd never become: shut-ins. We rarely go out and do things as a family any more. The dynamic of having a typical teenager and a soon-to-be special needs "tween" just makes the planning and/or physical challenge of a family outing exhausting. Other than a bit of shopping here and there the entire family spent exactly one evening out of the house this summer - an evening at our local minor league ball park.

Here's an idea. Churches and other non-profit organizations often tend to the needs of the elderly. Why not do the same for exceptional families? Some times all we need is just a helping hand. Most of the time we just need to discover that we still do actually have friends.

I think you are right---- people don't now what to do to help. Hopefully that is it anyway.


Do you remember a while ago when I asked you the comfort level of strangers interacting with/engaging with Ben? Your answer made such an impression on me. I'll never forget it.