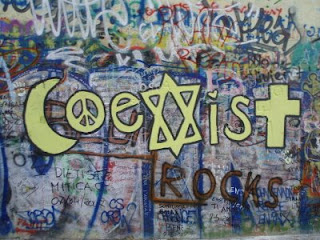 Given that we’re just one week into the New Year I don’t think it’s too late to resolve that I better myself over the next 365 days (minus 8) in some way, shape, or form. When you think about it December is just too damn busy a month to ponder the how, what, and why of achieving realistic goals one might set for themselves in the coming months. So it is much more realistic to spend the hours between the remnants of the BCS football games examining our inner child (bad inner Bennie – you deserve a spanking! Should we ask Joan for one?), or the nature of being (“I like to watch”), or even explore the meaning of life (“So what’s it all about anyway?”).

I’ve read about some pretty lofty goals in the Blogosphere for 2009, hovering just out of my reach. In fact I’ve attempted a few of those myself over the past few decades of my existence – aspirations such as dieting, more exercise, turning bad habits back into vices all begin the year basking in the sparkling glow of that beautiful Tiffany Crystal Ball of Times Square only to be found under the couch next to the plastic champagne glass while spring cleaning in April – dusty, moldy and unfulfilled.

That is why this year I have chosen to simplify what I plan to accomplish in 2009. 2008 pretty much sucked donkey (I really don’t know what that means but I’ve heard other Southerners use it so I feel qualified to do likewise). If there’s anything I don’t want to look back upon New Years Day 2010 it is scanning the following list and not seeing a positive check mark next to each one. So without further ado, I give you my Incredibly Difficult Life Experiment (IDLE) of 2009 (in no particular order):

1. This year I plan to breathe. Regularly. In fact I just might inhale and exhale fairly often in 60-second intervals. Some of you might be skeptical of this ambition’s merit. Well I give you Ben, who recently made it very clear that breathing is indeed a choice. I choose smog, pollen, and the occasional second hand smoke.

2. I vow that in 2009 I will quit smoking. Since I don’t enjoy cigarettes and rarely partake of a celebratory cigar (like when Joan and I have sex) this will mean that I will have to refrain from setting my hair on fire at family gatherings. Several nieces and nephews have been known to bring marshmallows to holiday meals…just in case.

3. I really wanted to take this one on in 2009 but I’m probably going to put off procrastinating for another year…at least.

4. In 2009 I resolve to get up every morning. That’s right. No sleeping until Joan gets home from work. That doesn’t mean that I won’t go back to bed once everyone leaves the house. Just sayin.’

5. One of the most difficult resolutions I’ve chosen is the decision to not hug bears in 2009. This includes all types including grizzly, black, brown, polar, koala, panda, kodiak, Stearns, Chicago, Build-a, Teddy, as well as cubs (Lou Pinella, no hugs for you!). Honestly this is a life-changing moment for me. I am certain that the length quality of my life will improve dramatically because of this.

6. Another resolution that will require much discipline is my choosing to keep my clothes on in most social settings this coming year. I cannot in good conscience include all situations. There are certain folks who have planned family activities around certain holidays during the year (like Presidents Day).

7. I vow above all that I will not purchase a sheep in this New Year. This is a very personal decision for me and I would hope you would respect my privacy so that I wouldn’t have to answer uncomfortable questions.

8. Despite the fact that our family are strict carnivores, we will eliminate certain meats from our diet this year. We include these but are not limited to the following: cat, aardvark, rodent, porpoise, shark, bear (see above), rhino, horse, grasshopper, deer penis, turtle, snake, spider, cricket, kangaroo, opossum, any sort of liver, heart, brain, intestine, procreation organ (and I don’t mean Hammond). We reserve the right to eat our dogs should the current financial crisis continue. I am certain our Chihuahua will be quite tasty as Chile con carne.

9. Huffing paint intentionally this year is right out.

10. Please add some suggestions of your own. At the moment my inner child is asking for a bottle and the nature of my being is into peeing. I look forward to your suggestions and I promise to follow through with some of them as soon as that frigging bear stops looking over my shoulder.


that was magnificent, and really put everything into perspective.

I vow to wake up, thank the Lord, and live my life.

Ahh, shucks, no naked kung-fu fighting in Kiawah this year?

I like Vodka Mom's resolve too. One I should do myself!

These are spectacular. At first I thought you were being serious. Wait, at first you were right??right?

I vow to get along with the nurse... THE NURSE.
fortunately I think she has the same resolution.
8 days in, so far so good.

Seriously - NO SHEEP? Surely thou jesteths!
AHAAAA - there IS a workaround for that one: perchance someone might LEND you a sheep?
Then again, I'm not sure of the lending terms and the factor of depreciation on used sheep (that sounded very wrong somehow...).
I'm sure if assistance is required, the sheep here would be happy to join your flock of chihuahuas and kids for a few days - just make sure you keep them away from the tequila. It does awful things to their personalities...

Oh yes, almost forgot: good thing that the bears aren't there - the sheep don't groove too well with them.

Hi, I'm looking for information about Snake wine, do you have any ?
This is Snake wine:
http://www.asiansnakewine.com/
I found your website on Google when searching other shops to buy Snake liquor.

I don't think this is a good omen. One question: Is the liquor for the snake or is liquor made from a snake? This just went to the top like a bullet for resolution #10.

wow. You are a tricky one. Standing outside yourself watching Joan give you a spanking. Impressive.

Seriously, you are hilarious. Although, and I hate to even say this, but I think that I might know some people for which these are honest resolutions.

I have found I keep weird company.

what the fuck you been smokin' chuck?
a no eat procreation organ boycott? okay. i'm with you on that one. i'll even see you one and refuse to put any kind of reproductive organ in my mouth for a whole 365 days.

jamie might have a problem with this and if he does i shall send him to see you.

Kim, Jamie is a very large man paid to shoot people so let him know these are MY resolutions!

I almost spat out my drink when I read that...

And I will be using "sucking dockey" a lot this year. Thanks!

I just stumbled across your blog.
I love you Ben. I love you more Bennie.
Thanks.

Bennie, that was a sublime list of resolutions - I might even have to adopt a few, though I was actually getting ready to take up huffing paint fumes again!
I don't know nuthin bout sucking no donkey, (no, really) but I do know you guys are due a kick-ass year!
PS - do I HAVE to get up every morning? God I hate January!

Becky - You have to get up but then you can go back to bed. and I fully expect a kick-ass year.