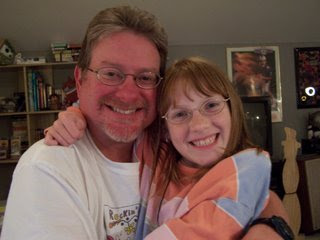 Honestly! I'm not a basket case as I write this. This date has been coming for quite some time and I feel quite prepared. It has taunted me as I've frequently passed by the calendar for the New Year but my strength endured. You! January 2nd, 2009! You will not make me lose my ability to walk only to find myself in the fetal position sucking my thumb while sobbing in the darkness. Nay! I celebrate this day! The day my first born turns twelve as the countdown to teenager begins.

For the most part this has been a Daddy/Daughter Day. At the moment Jessie and about seven friends are at a local ice-skating rink having a party. Later tonight they will depart for my mom's (oh, to have the coolest grandmother on the planet) for a spend-the-night-party in her garage apartment. About an hour ago I saw games, cameras, DVDs, and a shiny brand-new iPod go out the door. The best part? Joan is chaperon! Certainly I got the best end of the deal. Father & Son Evening...on the couch...watching football.

Like I said I got the best slice of the party. Jess and I went shopping for the iPod she wanted and despite the traffic still in a holiday frenzy we had a great time together. After 12 years I can still make her laugh even without tickling her. After ogling her new MP3 player we then had a lunch date at Applebee's to discuss our personal birthday dinner tomorrow night. Funny how much things haven't changed that much over the past 12 years.

Jessie was due just before Christmas in 1996. "Mama's Accessory" held on as long as she could, arriving via C-Section on this date in 1997. Some of you moms will scoff at Joan for what I'm about to say but I was the first to change her diaper. I was also the first to feed her. Those two events are at the top of the list of Best Things That Ever Happened To Me!

My lovely wife embarrasses me about my wimpiness. Just say I'm a typical male when it comes to pain, blood, or illness. Joan endures pain like a damn Spartan so I knew the laboring prior to the surgery was pretty intense and she needed that recovery during Jessie's first few hours with us. The unexpected gift for me was that first afternoon of Jessie's life was spent in my arms. I certainly hate it for Joan...like I hate it that she'll be up until the late morning hours of January 3, 2009. Maybe at 4 in the morning while 7 girls are squealing with glee she'll keep in mind we both share the best daughter in the world (sorry...votes have been cast...Jessie won).

So Jessie is now twelve. I think I'll go and lay on the couch in a fetal position. I'll take Ben with me because he will still want to watch Sponge Bob while I monitor that strange twitch in my eye...the one that makes it water so unusually....the one that will keep the sharpest vision out in protecting The Best Daughter Ever the next 12 months. 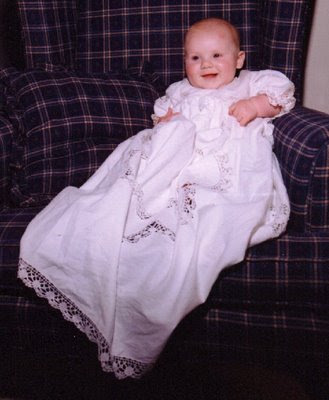 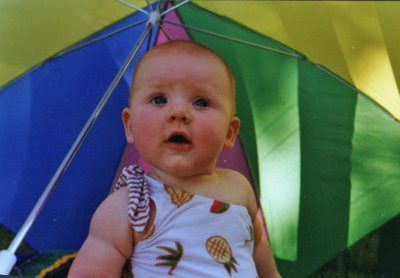 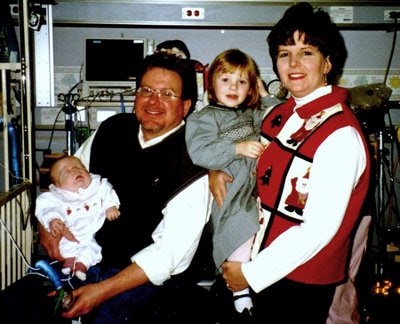 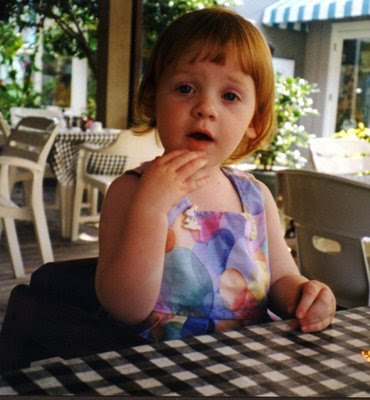 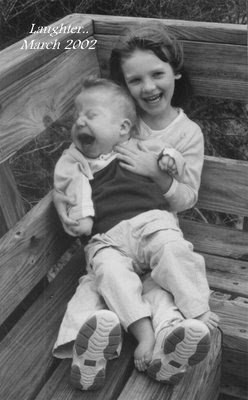 Laughter - these two have a connection that is Holy. 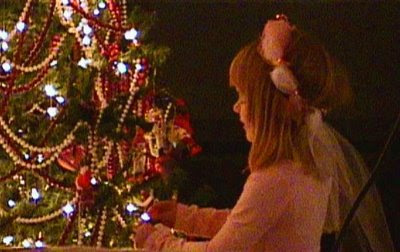 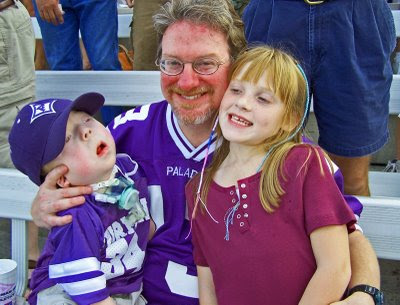 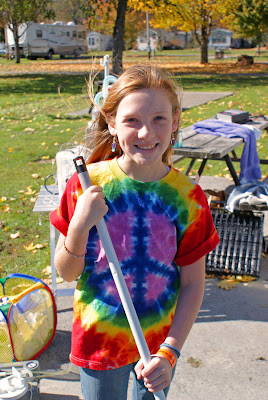 One of the loves of my life. I would die for you, Jessie. I love you to the moon and back...even further.

Oh! I loved seeing all of these photos!!

Now I am a basket case! Happy Birthday sweet Jessie

Happy Birthday to your daughter!

Side note: Your wife should have declared the rule that my husband thought was awesome while I was pregnant... whomever is holding the child last has to change the diaper. He didn't think it was so awesome after she was born. I swear for three (almost four) months straight, I NEVER changed a diaper. I sat at home with our daughter all day long. The minute dad came home, she crapped her pants. Either she scared the crap out of her or she felt comfortable with him, didn't matter to me as he had to change it!

happy birthday to jessie.
it sucks that everyday they grow up and get bigger!

my heart goes out to you and joan because it won't be long before there's talk of boys, and periods, and all kinds of stuff you dont wanna deal with. *snort*

enjoy these moments bennie...they fly by.

awww bennie, there you go making me cry!!! happy birthday to your sweet jessie ~ may be always be a daddy's girl no matter how old she gets...

i am a daddy's girl and this post made me miss my dad something fierce, but also smile remembering our "dates" and i know if blogging was around, he might have written something very similar to this.

thanks for sharing all the loves of your life with us...

You sure do have a wonderful daughter.

Sniffle. My youngest turned 12 in August. Oh yeah, I know that fetal position. Mostly 'cause having already been through the teen years with the oldest, I know what the ride is about to be like!! HELP!

She is beautiful and I wish her a belated Happy Birthday. From one Capricorn to another (mine is today), Jessie will be just fine. I'm glad you had such a lovely day with her.

Happy belated birthday Jessie! It's my birthday today - apparently Capricorns are very cool people!
Hope you guys had a great holiday - but where is our snow??? I'll be in soon to catch up - we're back to the grind, starting tomorrow (sigh).

Great photos - the last one is beautiful.