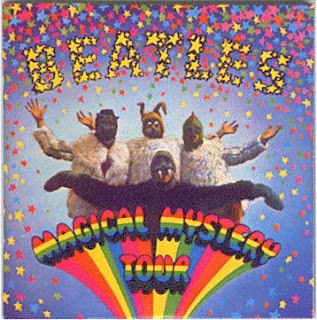 It's no wonder that we're still trying to wrap our brains around the wonderful gift(s) that were bestowed upon our family. Like so many things that have happened to us on this exceptional journey that began a little over nine years ago a certain mysteriousness hovers over this latest chapter of our tour of duty. It begins in the Midwestern state of Indiana, wanders into the mountains of Utah, crosses America to the foothills of the Blue Ridge Mountains in South Carolina, and once again makes a transcontinental bee-line to a New Mexico desert. It is a story that unfolds in such a way that three families living thousands of miles away from each other share the same magic and mystery that is Christmas.

The phone rang sometime around 1:15 this morning. Because Joan has been dealing with some family issues recently a phone call at that hour hasn't been all that uncommon. She grumpily answered the call and shortly handed it to me. "It's for you." I peaked at the clock and barely made out that the first digit was a one.

"Who is it?" I asked. "I don't know...some girl." Why this didn't alarm my wife either speaks volumes about our relationship or our shared love of sleep. "Hello?"

"Hi Bennie, this is Casey."

"Casey. Moosh in Indy?" Obviously I was still not awake yet because if I recall correctly I asked something like, "Are you okay?" Seriously. That's my first line of thinking these days. Forget that I just wrote about this contest you have going just two days ago. No, Cody and the Moosh are probably caught in a blizzard out in Utah and Casey needs my Garmin GPS navigation device to find them.

In all honesty the next few minutes were pretty fuzzy and truthfully quite bizarre. I finally figured out why she was calling me. After brushing aside the cobwebs of my brain and walking into my office where I could talk a little louder I was able to convince her (I think) how excited we were. I mean really. How many times has Ed McMahan knocked on your door in the middle of the night via Ma Bell? I even went back to the bedroom to let Casey hear Joan's muffled cheering from under the covers.

It was during these few moments that Casey told me about another entry to her contest. For some reason this other situation tugged at her heart. A single mom in New Mexico is helping her daughter through college. The daughter has no computer of her own so she uses the library's or borrows from friends. Would I be willing to share one of the laptops with her? Of course I was all for it - let's spread the magic some more! So I gave Casey my blessing to ship one of the computers to her.

Because it was late we decided to touch base again later on this morning. We said our nighty nights and then I crawled back into bed. After explaining to Joan more about what had just happened the room became very quiet. If you read the comments from my previous post I apologize but I must relate what was humorously said just before we fell asleep.

If you've ever watched a Super Bowl game you know that traditionally the MVP is asked what he's gonna do next with the reply, "I'm going to Disney World!" Well a similar exchange occurred between me and Joan.

Me: "Now can I go to the BlogHer conference next summer?

Joan: "Oh you are SO going to that conference now."

that was a great story! I am so glad things are looking up!

I am thrilled! This is excellent news!

(and I'm totally going to "that conference," it's only 3 hours from my house! WE SHALL MEET!)

I think I'm gonna cry...again. I am such a wuss! Okay now there are tears.

Do you realize that you are the luckiest man on the face of the earth? You have the best of everything:
Best wife
Best daughter
Best son
Best, newest computer gadgets headed your way!!

And you so deserve it all!

I so wish I was going!

Like I said Casey, I could only make out that first digit. The masochist is Tanis. She said she wanted to call us right after you did.

I am so thrilled!! Can't wait to hear about the hospital delivery. Here's a question--Does Casey get anything from HP? I hope so!!

Casey & the other bloggers did not get to keep anything. I'm hoping HP sends elves to each of those 50 bloggers Christmas Eve with a bag of goodies.

Bennie--I hope so too, they definitely deserve it for hooking those deserving recipients up.

this was very cool and just what you needed.

blogher next summer huh? i might be tempted to go now.