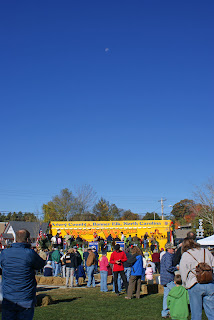 How much can fun and fatigue can a family possibly fit into one weekend? I think we just approached the limit. Let's see...Jessie probably has an ear infection...Ben was junky (end of a sinus infection) all weekend, needing more suctions and treatments than usual...I got to replace the propane tank providing heat to our camper at about 7 this morning...I also changed a flat tire on the camper about halfway home this afternoon...we're all weary and wind-burned...yet I don't think we'd trade the memories for anything in the world.

Chalk up another festival as a success in this strange but glorious year for the Waddells. There is so much that happened I'll have to make the experience a two-parter...maybe adding a third. Needless to say we had a bunch of fun but in some rather unusual ways.

All of the photos were taken yesterday; either early in the morning before the show opened or near the end of the day as the last of the worms raced. Why that is the case is part of the story. Let us say that we were not prepared for the cold front that came through on Saturday that every forecaster in the area screwed up.

If you take a close look at the top right photo note the moon hanging over the first race of the day. The night before, just as we were preparing for bed, Jessie and I walked outside to see the billions of stars that folks can only see on cool crisp autumn night in the mountains. We could actually see the entire Milky Way unobstructed. That in itself is a memory of a lifetime - I hope Jessie feels the same. 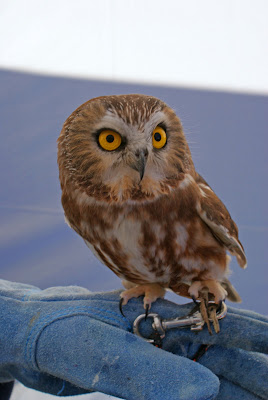 This little guy is actually full-grown. I'm guessing the handler is about 8 years old. I arrived early yesterday to knock off frost from my booth. What a reward to see this rescue group feed breakfast to some incredible native creatures! 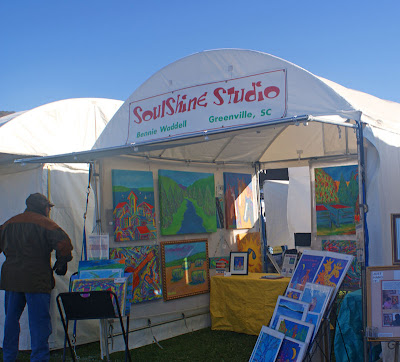 That's my buddy Charlie Smith on the left opening his booth. The temperature was around 30 degrees at the moment. 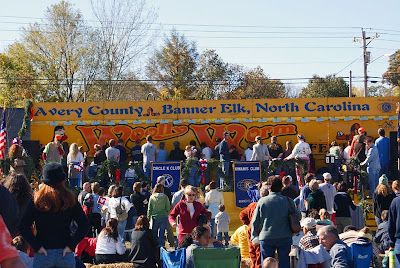 And still they came to race Woolly Worms. 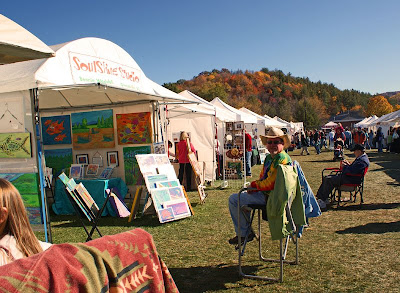 Me in front of the booth late yesterday. The back of Jessie's head is to my left. 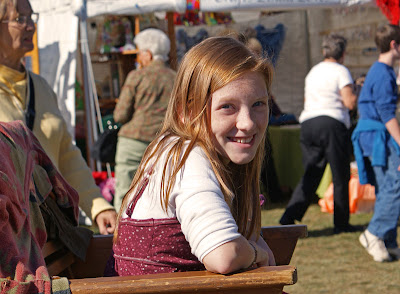 Can there be a more beautiful creature than this? I think not. Charlie should've sold a bunch more while she was watching his booth.

Oh I'm so glad you all had a good time, in spite of nearly freezing your buns off! I can't wait to hear the saga as you relate it! I hope Ben is feeling better and oh my - That lovely young woman looks way too grown up to be your little girl!

oh my GOD!!!! THAT OWL!! I want that owl, I need that owl, I am going to dream happy, fluttery little dreams of that sweet little owl!!!

That is the most adorable owl. And the girl ain't bad, either. ( :-)) I adore festivals, even if it's chilly.

I'm glad you guys had a great time! Jessie is turning into such a LADY these days, a beautiful one at that.

The owl's name is TESLA!

To see the Milky Way unobstructed. That in and of itself makes the weekend. To experience with family.... Wow.

It is nice to meet you and your family.