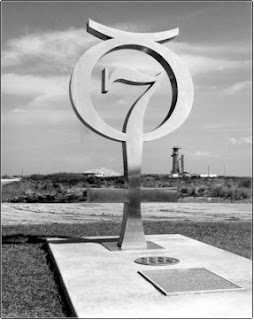 Jessi, a dear blog friend asked me to do a meme a few weeks days ago. If you've not visited Jessi's site yet then you should. She has a rare bone disease called MHE. Not only has Jessi become one of those heroes of mine who is defeating the debilitating part of her prognosis, she's also living life to its fullest as a young lady just beginning the search for her life's place. Jessi's not only gorgeous to gaze upon but she also has incredible intelligence and an inner strength to achieve whatever she desires. I want to apologize to her for waiting so long to do this. For a change I do have some good excuses!

First I've been really busy in the studio. When the creative juices start permeating every pore of an artist's skin you work. Thankfully that has been the case for almost a month now.

Secondly, I'm in the middle of an eight week tour of duty so to speak. April started with the "funnel cloud experience" in Savannah and concluded at Myrtle Beach. I now have two weekends to go before some time off. Good stuff my friends!

When I have been in town, Ben's schedule has been full of semi-annual doctor appointments. Besides the recent trip to Rock Hill to visit his ENT, we've also seen his pulmonologist, his orthopedist, and this week his gastrointerologist. That's a lot of "docs ologists" for one month.

So without further ado, here are five random things about me, one about Ben, and one about me and Ben.

1. I smoke a pipe. Tobacco kids...honestly just tobacco. Back in college I was actually known to "inhale" unlike a former president of the USA. For the record I do avoid being near Ben since he is prone to lung problems. According to my other family members this habit is much better than my former vices of dipping Skoal or smoking Marlboro Lights.

2. I love wine. Vice number two, you might say. I am a white wine person. Chardonnay is my preference. Reds make me fall asleep immediately or worse, make me mean. Just like most liquors. Which I avoid...unless I have the opportunity for the occasional Bloody Mary at the beach.

3. Ben loves being in a bathtub. My boy can reek sometimes if he's not had a "Big Boy Bath." He loves water and isn't afraid of it (much to his mother's chagrin). The two of us have a grand time in the tub usually about once a week. This is a two-person (sometimes three) activity not including Ben. It's sort of like holding a 40 pound infant while he gets a bath except I'm not about to attempt to fit in the kitchen sink.

4. Ben and I both have some freaky toenails. In fact all of Ben's toe and fingernails grow like weeds. We're clipping those daggers about twice a week lest the young man cuts Elmo's jugular. As for me I could do surgery with my pinkie toenails. Joan calls 'em my "coke nails." For those that remember some episodes of Miami Vice back in the 1980s, the occasional Columbian drug lord would grow a fingernail longer (usually a pinkie) to use as a spoon to test the cocaine. I'm still trying to figure out how I'd get my foot to my face. No I'm not. The thought just made my back hurt.

5. I like to be by myself after a day in the booth. As much as I enjoy meeting folks at art shows I turn down most opportunities to hang out with folks afterwards. That doesn't include family. I love it when they are around. I guess it's because I don't have to put on airs...or heirs...or hairs...something like that. You all can join me around the fire pit at the camper any time though. Let's just not converse a lot. Drink, yes. Talk? Not so much.

I liked English classes back in school. In fact I speak English very fluently. I enjoy meeting people from England - they have a really cool accent. But English Peas? If they had their own country I'd vote to nuke it (I wouldn't include the peas on Veggie Tales because they're pretty funny).

One of my favorite veggies is okra. Yes, that slimy hairy green thing that scares the devil out of your Northern colons...I love me some of that. Fry it, pickle it, boil it, stew it, I'll eat it. Serve me some Lima Beans and English Peas? I'd rather drink my own urine, thank you very much.

7. I'm addicted to Sudoku. It used to be crossword puzzles until Redneck Mommy challenged me in an e-mail last year to try 'em. Thanks for the addiction, Tannis. I now play it at USA Today and MSNBC every day. I also have a version for my Play Station Portable and check the local papers daily when I'm traveling.

So if you want to play along just leave me some linky love and a comment below.

Coke nails and okra, just makes me like you more.
Hopefully one day Bennie we can not converse around a campfire.

I love these random facts. I think if I had to give 7 they'd be pretty boring!

Coke nails - snort!!! That just cracked me up.
And amen brother to the fight to eradicate both lima beans and peas from the dinner table. In a word - yuck.
So glad to hear you've been on an art roll - I'm longing for the end of school and all these life-sucking projects, so I can get back to the easel as well. 4 more weeks!!!!!!

what are english peas? lima ohio huh? that's just up no down the road from me. interesting.

i dont know how to play sudoku and i'm glad. so many people play that game..my kids play it all the time.

a pipe? like a crack pipe? i knew it!

Green peas. I call them English peas because that's how I've always referred to them vs. the black-eyed, snow, field, or cow versions.