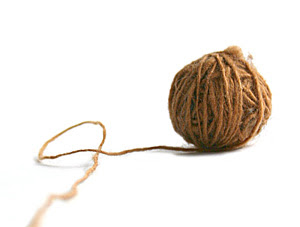 Funeral for a Friend's Mother

For a little background you might want to check this post out from two days ago. Because of the nurse's schedule, my mom having the flu, and my aversion toward being a participant of a funeral I ended up just a participant in the receiving line for Mrs. Tierney today.

Let me just put this out there as my opinion: funerals suck. The mere thought of the ultimate farewell mortifies me and Joan in a way that no one could ever understand unless you live in a situation that the "F word" is either an impending outcome or a probable outcome for a loved one in the near future. In this situation I could justify my absence because the Mrs. Tierney I had known honestly left this Earth several years ago.

Today's events occurred at the church where Joan and I had met. Because we are still a relatively small community several folks wanted an update on Ben. That was a great strength for me in having to catch up with people whose faces have grown much older and only relate my own face with my mom or dad's. Despite the years separating us it thrills me that they know about Ben and care about him, not because he belongs to me but because he belongs to my extended family and a legacy of people that truly loved us and still do.

This was just another occasion of how our lives are intertwined with others and we have no idea how tightly that ball of yarn is wound. Whether we like it or not we are all connected to each other. In most cases we are still a tightly held ball of fabric. As much as we stray that connection continues to follow us despite our efforts to get away from it. For others the strand winds about a huge amount of space unraveling until there is nothing left but the core that once held it together. Only that core can begin the process of using that unwound yarn into something useful or in some cases absolutely beautiful and ornate.

I'd like to think that I'm in the "useful" category. I absolutely know that both my children fall into all three categories. That achievement is obviously something both parents can be proud of. I just hope I can live up to the legacy my children have already made for me.

One of our neighbors recently lost his mother. She was 90 and she too was suffering from Alzheimers. As an Irish guy from Chicago I was of course at the wake. It's what we do. I'm not fond of them, by any means. But, over the years, I've learned something.

Like Tom Sawyer, years ago I dreamed of having the big, big funeral, with everyone turned out and all sorts of showy wailing and lamentation.

Then I went to a bunch that were just like that. And they had one thing in common: They were for people who were gone too soon -- young parents or even kids. These were unbearable.

When a 90 year old dies and she didn't know where she was for five years before, it's a smaller gathering, but people chat and visit and catch up and support the person(s) they came to see and the ones who knew the deceased celebrate the life that's ended.

The older the guest of honor, the smaller the funeral.

You write so beautifully! I'm pretty sure you're going to live up to your kids!
Funerals are hard for me too, though I have to admit; I love the reception afterwards, when the old fogies get together and tell stories - thats my favorite part!
I did attend a funeral a couple of years ago for a dear friend who died in his early 40s from a brain tumor. As sad as it was to attend, all his many friends came and reminisced about how he had touched their lives, and we laughed and cried together, and remembered a truly wonderful person in a surprisingly joyous way. I think it was the best funeral I've ever been too, for that reason.

Hang on to that core!

It's good to be surrounded by those that know and love you...just because.