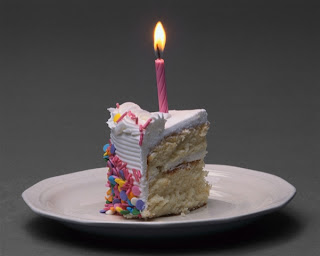 Brave me volunteered to be interviewed by Kyla over at The Journey. I kind of figured she’d be tough but I think she put together a top-notch quiz for me. If you don’t follow Kyla’s blog I would highly recommend it! She and her husband Josh are also parents of two beautiful children: Bubtar, the fastest growing boy on the planet next to Ben & a handsome loving big brother and Kaytar, the gorgeous determined little girl facing some very exceptional issues. What amazes me about this young couple is a maturity I was completely void of at their age. I’m awfully proud to have Kyla and her family as part of our one year “bloggiversary.”

1. What inspired you to become an artist? Who influenced you the most in this regard?

When I read this question without any hesitation I knew exactly “who to blame” for my passion for art. My mother has been my biggest cheerleader all of my life. Had it not been for her suggestion to take an art class during one summer session in college I probably would’ve dumped the idea of finishing up a degree for the second and final time.

She also was responsible for enrolling me in after-school drawing classes at our local museum while I was in middle school. After about two afternoons of projects the instructor told me I was on my own to pursue whatever I wanted to gain out of that class since I went way beyond her expertise. Funny thing in that she was a middle school art teacher needing extra money.

My mother doesn’t own my best work but she has much of my most important work displayed in her home. Even though she reads this blog every day she never comments like I want her to (invitation, Mom!). She has some story to relate about a graduate student’s study of my drawing abilities when I was just a young lad.

2. No doubt having Ben in your life has changed you in a myriad of ways; choose one way in which you've changed and how Ben brought it about.

This is incredibly tough. Which one to choose? I think it is my perception of people as a whole. We as members of this world that is planet Earth think we understand each other for the most part. I’m really troubled that there are so many humans on this planet in these days of great advances that are still persecuted because of their race, religion, and status in this world. So many people consider themselves forward thinkers only to find out we’re as prejudiced as any other bigot. I include myself.

Ben has taught me unconditional love like no other being in this world could comprehend. I truly wish I could see the world as Ben does. Better yet I wish the world could see itself from his eyes. We could therefor spend much more on feeding those in hunger than building better ways to kill our neighbors.

This one is funny. We grew up in a Southern Baptist church together beginning in our kindergarten years. Neither one of us can remember anything about the other until high school. We went on exactly one date even though we were obviously attracted to each other. We found out quickly that I thought she was a prude and that I was way too wild for her but we remained very close friends until college.

Even though we are both graduates of Furman University we rarely saw each other in those days. She was hanging out with the band geeks and I was too busy partying with my fraternity. That might explain why she finished in four years and me in six.

We began “hanging out” together in 1992 after both of us had failed marriages due to cheating spouses (oh does she have a better tale to tell). I fell madly in love with her but it was during my father’s sudden illness and death in January 1993 that we became a couple. I proposed to her on Valentines Day and we were married April 3rd of that year in an emotional and beautiful ceremony at my parent’s home. I’m certain she regrets it.

4. We know that you and Ben share a passion for art, is there also an area of interest that inspires both you and Jessie?

This one is tough because for now, the answer is no. The “yes” part lies in the fact that Jessie is my identical twin. Her baby pictures look like me. Even her school pictures look more like mine than those of Joan. Her personality is just like mine and that troubles me a great deal. I see the incredible potential in my daughter for doing whatever she wants in life but she holds dear the opinions of others about her way too much and that was not an asset of mine either (and still isn’t by the way).

I really am proud of her abilities in dance! It is probably the art form I know least about. Jessie has really committed a great deal of work, sacrifice and effort to it, which I think is extremely mature for her age.

At the moment we call her “Joan’s accessory” since she is attached to mom's hip. I know that will change over time and I look forward to that. In the mean time Joan and I agree that the differences in our children is largely due to their ability to communicate with us. Jessie communicates with her mother in a different way that Ben communicates with me. In the end we consider this a very healthy thing in today’s politically correct society.

5. If someone who had just discovered their unborn/newborn child had PKS came across your blog, what is the most important piece of advice you would offer them?

This is another tough answer. Initially Joan and I had different answers for this as we talked about it over lunch yesterday. Eventually we both agreed on something that is very difficult to express. You can’t ever look too far down the road. If you focus too much on the ultimate outcome it will either drive you crazy or destroy your hope.

We realize that appointments must be made months in advance and goals have to be set at varying stages in your child’s future. That’s not what we’re talking about. I hate to use and sound like an old cliché but honestly the best way to embrace living with any special needs child is to take things day by day, hour by hour, moment by moment.

If you so choose I’ll be glad to put together a little interview for you as well. I can’t promise that the questions will be as good as Kyla’s but I’ll do my best. Just e-mail me and let me know.

Great post and what a fun thing to do!
"Raising any child is like putting together a huge jigsaw puzzle. Raising an exceptional child is like being handed that jigsaw puzzle with a few pieces missing and without the picture on the box top."
You said it here! Simon is our mystery-man. Always keeps us on our toes and guessing. :)

These were great. I especially loved the Joan story, "I'm certain she regrets it." Awesome.

And I think she hit the nail on the head with the PS advice and it is really applicable to all special situations. You just stop looking down the road. You never stop hoping, of course. But if you try and see to far into the future it is just too much. That was the most important coping skill I learned with KayTar. Today is today, it is what we have, it is what we'll live in.

I'm devastated to learn that Jessie doesn't get her dancing skills from you....

I always pictured you in ballet tights and a tutu, practising your spins and jumps...

Who said I don't wear ballet tights and a tutu? I just can't dance.

I'm up for an interview challenge, it'll give me something to post about on my sllllooooowwww blog! ;)

I know, we're friends, but I gotta say it....six years for a fine arts degree? Really?

Funny that my parents asked the same thing.

these were good questions and even better answers.

you and joan have a great story. church huh? i'm surprised your eyes didn't water stepping inside a place so holy. [ha!]

what was your major? and who owns your best work?

This interview was spectacular. Wonderful answer for number 2. Even in reading your blog, Ben has taught me so much more about people - and I haven't even met him, although that would be an honor. He is an amazing person.